US Shale Has a Long Road to Recovery 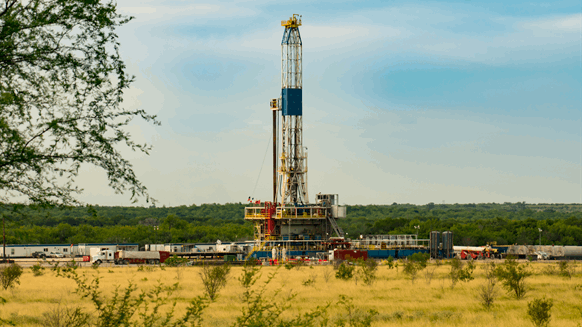 Some say the recent well reopenings will do little to bring new growth to an industry still being starved of cash by Wall Street.

(Bloomberg) -- As oil prices tick up to $40 a barrel following a pandemic-induced plunge, there’s a sense the shale industry is snapping back to life with Continental Resources Inc., EOG Resources Inc. and Parsley Energy Inc. all saying they’re restarting closed wells.

But top industry forecasters are painting a far darker picture. The reopenings, they say, will do little to bring new growth to an industry being increasingly starved of cash by Wall Street after a decade of excess. Even before the pandemic, investors were demanding companies spend no more than they earn. Now, that’s become a major barrier to future growth.

Looking out 18 months, U.S. output will still be around 16% below its peak in February, according to the average of five major forecasters surveyed by Bloomberg. It will probably be at least 2023 before the U.S. again hits its record close to 13 million barrels a day.

“Nothing is going to be in the money,” said Bernadette Johnson, vice president of strategic analytics at Enverus, a data and research firm. At current crude prices in New York, she added, “very few new wells are being brought on line.”

Even so, OPEC and its allies should not rest easy.

The shale revolution that made the U.S. the world’s No. 1 producer of oil and gas still retains its disruptive potential. Forecasters say there’s a high chance that shale could rebound quicker than expected if futures continue climbing and settle in the $55 to $65 a barrel range for an extended period of time.

America’s shale industry has defied the doubters for 15 years in terms of sheer volume of oil produced. In that period, it has more than doubled output, adding about 8 million barrels a day to global markets. That’s more than if the U.S. had taken over Iraq and Kuwait after President George W. Bush’s invasion in 2003.

But that achievement came at a huge cost. Shale operators have burned through about $340 billion over the past 11 years, using borrowed money and equity raised from Wall Street, leaving little left over for investors. The end result: Energy stocks have fallen this year to less than 3% of the S&P 500 Index in terms of weighting by the companies market capitalization.

As soon as oil prices began tumbling in March, shale producers rapidly slashed everything from drill rigs to workers and private jets. About 1.75 million barrels a day worth of production was shut in as producers couldn’t find buyers.

The last month has shown signs of a comeback, but it may be short-lived.

West Texas Intermediate, the U.S. benchmark, has doubled to $40 a barrel since the beginning of May, providing some relief to the industry’s most indebted names and creating an incentive for producers including EOG, Continental and Parsley to turn some previously shuttered wells back on. This is the lowest-cost and easiest supply to resume.

Over the past week, production has ramped up to about 10.8 million barrels a day, a 7% increase from when output bottomed out from shut-ins, according to Randall Collum Jr, managing director of upstream analytics at Genscape. Revivals in the Permian, Bakken and Gulf of Mexico have been particularly strong, he said.

While this may stabilize U.S. production for a few months, it probably won’t be enough to prevent further declines later in the year, according to IHS Markit and Enverus. That’s because shale’s explosive growth over the past decade came with a significant handicap: Massive decline rates.

Fracked wells give an initial pop of high production, but drop off by 60% in the first year, meaning more and more new wells must be drilled to overcome the decline. That requires cash that’s in short supply. If no new wells are drilled, U.S. production would drop by 35% in just 12 months, about seven times the rate for the global oil industry, according to Enverus.