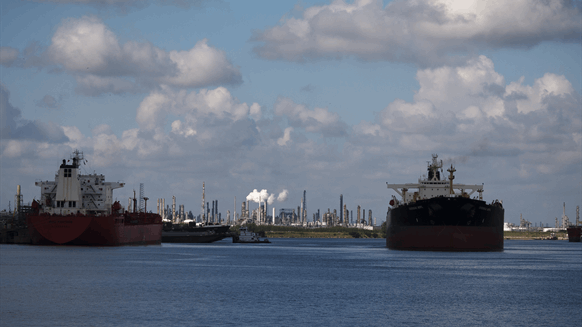 IHS Markit contends that the total 2017 US merchandise trade deficit was nearly $250 billion lower than it would have been otherwise had the petroleum trade deficit remained at the 2007 level.

The dramatic increase in U.S. oil and natural gas production over the past decade has limited the growth of the country’s domestic merchandise trade deficit by lowering net petroleum imports. In fact, the United States is poised to become a net-exporter of petroleum for the first time since at least 1949.

Those are two takeaways from a new IHS Markit report, “Trading Places: How the Shale Revolution Has Helped Keep the U.S. Trade Deficit in Check.” IHS Markit contends that the total 2017 U.S. merchandise trade deficit was nearly $250 billion lower than it would have been otherwise had the petroleum trade deficit remained at the 2007 level.

To provide some context, the business information provider points out the trade deficit figures for 2007 and 2017 were $809 billion and $796 billion, respectively. It estimates that the U.S. petroleum trade deficit in dollars fell from approximately $320 billion to roughly $75 billion during the same period. Furthermore, it predicts that the U.S. petroleum trade balance will improve further – by approximately $50 billion – between 2017 and 2022.

“The improved U.S. trade position in petroleum has been a counterbalancing force helping to keep the U.S. trade deficit in check over the past decade,” IHS Markit Vice Chairman Daniel Yergin said in a written statement emailed to Rigzone. “The resurgence of domestic oil and gas production has flipped the trade position of several products along the energy value chain on their heads, while that of other products, such as crude oil, have been significantly reduced.”

“The United States moving from net imports to being a net petroleum exporter would be an IHStoric shift, something not achieved since at least the Truman administration,” added David White, senior vice president and division head for energy and chemicals with IHS Markit. “It speaks to the profound and continued impact that the U.S. shale boom has had in terms of investment, job creation, manufacturing, GDP and now trade.”

Although IHS Markit presents a positive outlook for U.S. energy exports, it cautioned that recent trade friction between the U.S. and China “could introduce new risks and therefore alter the trajectory of global energy trade and energy demand.” The consultancy noted that China is a growth market for U.S. exports of liquefied natural gas, crude oil, natural gas liquids (NGL) and gas- and NGL-based chemicals.

“Overall turmoil in world trade patterns could not only dampen trade along the energy value chain but also affect global economic growth and thus impact demand for the many hydrocarbon and chemical products that depend on economic growth,” concluded Jeff Meyer, IHS Markit’s director of oil markets.

The full report is available from the IHS Markit website.