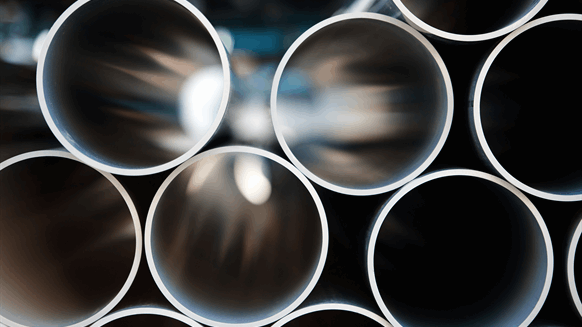 Major US energy companies are among many seeking exemptions from steel-import tariffs as the US ratchets up trade tensions.

HOUSTON, June 19 (Reuters) - Major U.S. energy companies including Plains All American Pipeline, Hess Corp and Kinder Morgan Inc are among many seeking exemptions from steel-import tariffs as the United States ratchets up trade tensions with exporters including China, Canada and Mexico.

There have been nearly 21,000 requests overall for exclusions submitted to the U.S. Commerce Department since the Trump administration imposed levies this year. Of those, more than 500 petitions involve pipes and related materials.

Initial decisions are expected this month, offering the first clues as to how the administration will balance an agenda favoring oil and gas exports while also supporting the U.S. steel and aluminum industries.

For the energy industry, the potential for relief has taken on added importance after China surprised markets last week by proposing 25 percent levies on about $1 billion a month in U.S. oil imports in retaliation for U.S. tariffs.

Pipelines from the nation's largest oilfield in west Texas to the Gulf Coast are nearly full, depressing crude prices as output is projected to rise by about 850,000 barrels per day this year, and significant projects are not expected to be completed until at least next year.

Plains sought a tariff exclusion for its 500-mile Cactus II oil pipeline, which will connect West Texas oil fields to export docks near Corpus Christi, Texas. This month, it expects to receive its first material from Corinth Pipeworks SA, a Greek manufacturer, according to a Commerce Department filing.

"We think tariffs would be unjust, but we can tolerate" them, Greg Armstrong, chief executive of Plains All American Pipeline, told investors this month, adding that tariffs and import quotas could hurt U.S. production growth.

No U.S. mills can produce pipe with the specifications needed for Plains' line. Only three mills in the world make such pipe, and delivery delays could exacerbate constraints, the company wrote in its petition, affecting the price of oil from the largest U.S. oilfield.

The 585,000-barrel per day line is due to start flowing next year, just as analysts warn a bottleneck of crude could force some producers to shut in production.

Only one U.S. producer could meet Kinder Morgan's needs, but it could not meet the volume required within the necessary timeline, Kinder said in a filing.