US Oil Exports Can Compete at $30 Break-Even 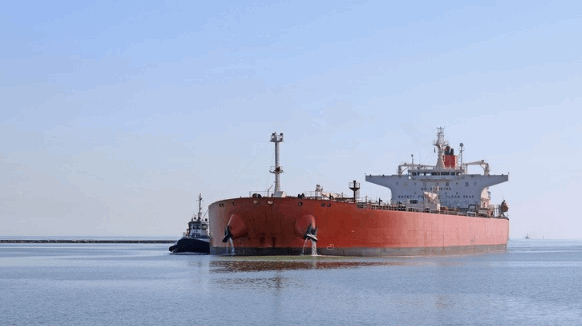 Asian economies that appear to have a handle on the initial macroeconomic destruction caused by COVID-19 also happen to be prolific buyers of U.S. light sweet crude.

The near-term economic shock of the coronavirus, or COVID-19 pandemic has been profound, and as a domino effect the price of the global economy’s poster commodity – crude oil – has taken a hammering.

Largely predictable range-bound oil price oscillation seen for much of 2019, gave way in February 2020 to extreme volatility as soon as the human cost and economic upheaval caused by the virus in China, its point of origination, became clear. Subsequent collapse of OPEC+ on March 6 and sparring between Saudi Arabia and Russia, coupled with the global spread of the virus, then created a supply glut as well as a demand crisis in tandem.

As oil threatened to slide below $20, OPEC scrambled back to the negotiating table and brokered a 9.7 million barrels per day (bpd) production cut effective May 1. But the deal came too late to save April and was too little for May. That’s because all of the big five crude oil-consuming nations – U.S., China, India, Japan and South Korea – were experiencing lockdowns.

Around the world, aviation, services and manufacturing sectors were seen taking the biggest hit. That meant paper traders were left dangling West Texas Intermediate (WTI) May contracts due for expiry on April 21, and their attempts at dumping a day before saw U.S. oil prices enter a negative patch for the first time in trading history closing at -$37.63 per barrel.

That situational aberration aside, some semblance of normalcy is returning. While it is premature to assume the only way is up, major crude markets are limping back to heath. The westward spread of the virus has meant East Asian markets have been among the first to come out of the pandemic and are looking to step up economic activity.

Such a scenario augurs well for U.S. exporters still left in the game, given that 2019 offered ample proof of incremental volumes of the country’s light sweet crude heading to Asia in general and East Asia in particular. According to Energy Information Administration (EIA), May 2019 saw more than half of 3 million bpd in exported American barrels going to Asia.

The feat was achieved despite declining imports from China in the wake of Washington and Beijing’s prolonged trade war providing ample testimony for the demand for U.S. crude. As relations with – and exports to – China cooled, cargo dispatches found their way to South Korea, India, Japan and Thailand.

The storage hub of Singapore and Vietnam’s burgeoning economy took U.S. crude, too. Occasional spot buyers in Australia, Sri Lanka, Indonesia and Malaysia also surfaced, according to S&P Global Platts. Gradual retuning of the refining complex in many Asian markets from medium sour crude grades to light sweet ones drove it all. Much of the growing demand for the grades from smaller refiners in Asia was partly to comply with the International Maritime Organisation (IMO) 2020 regulations cutting sulphur in marine fuels.

Of course, that was all before COVID-19 ravaged U.S. exploration and production. It cannot be understated that distress levels have risen in the shale oil patch, and over the near-term as much as 1.25 to 1.5 million bpd in production could well be lost. But that’s against a benchmark of 13.30 million bpd the U.S. was tipped to produce as the world’s largest oil producer.

Even at a reduced level of activity, U.S. exports can remain competitive. Those with viable acreages, especially in the Eagle Ford basin, can stay competitive at prices as low as $30 per barrel, shift some of their bloated inventories and service Asian light sweet demand.

Throughout 2019, many opined that high freight rates would scupper U.S. crude flows to East Asia, as American exporters offering cargoes on a delivered basis would not be able to compete. Yet, exports to Asia rose to record highs. In a post-COVID-19 setting – perhaps with even higher freight costs of IMO 2020 compliance – the same arguments are being made against U.S. crude, and are more than likely to be proved wrong.

Looking at a reduced Asian appetite for U.S. light sweet crude, or any crude for that matter, no one is disputing that the near-term bearish bias of the market is going away anytime soon. At least not until aviation returns to normalcy, and that could well be as late as the first quarter of 2021.

But the first economies that appear to have a handle on the initial macroeconomic destruction caused by COVID-19 also happen to be prolific Asian buyers of U.S. crude – South Korea, Japan and Taiwan. Second-tier exports markets like Vietnam are coping well, too, even if question marks persist over a key market like India.

Trading contacts in Houston confirm the price of NYMEX WTI Houston Futures (HCL) at contract maturity to port is currently below the physical price of Dubai swaps by around $1.50 per barrel. Of course, going by API grade, WTI composition is not comparable to Dubai.

However, it is similar to Saudi Aramco’s Arab Extra Light grade – which itself is currently trading at a premium of $0.20 to $0.35 on average to Dubai. That’s after the Saudis cut exports to Asia, decided to stop voluntary production cuts outside of OPEC+ agreement from end-June and hiked their official selling price for July cargoes to Asia by $6.70 per barrel.

Factor all of that in and many East Asian buyers, including occasional spot purchasers, can buy U.S. light sweet at prices below similar crudes from the Middle East – even if freight costs are much higher. For U.S. producers with break-evens above $30, there are opportunities to avail and money to be made as Asia attempts to get a grip on COVID-19.