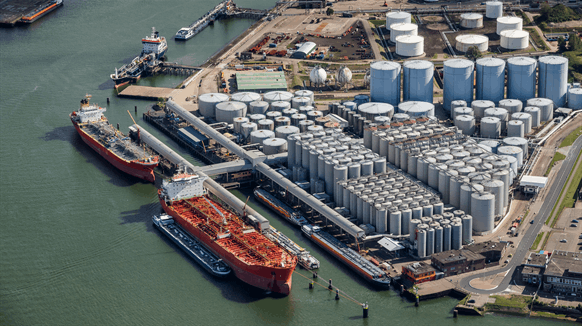 All told, the US could become the largest crude oil exporter within five years.

While U.S. crude oil production has soared 160 percent to 13 million b/d in the shale-era since 2008, total demand has remained flat at 19-21 million b/d. In turn, exports of crude and products have been mounting fast. The country’s immense refining infrastructure is yielding more gasoline, diesel, jet fuel, heating oil, and other petroleum products now freed up for export to foreign markets.

For crude, the surging flows from America’s shale fields have been yielding a light to even a very light grade. These oils are not a natural fit for the country’s refining system, configured to process the heavier grades historically imported from Mexico, Canada, and Venezuela. The mismatch has been augmented by a 2015 law change that allowed U.S. crude to be shipped beyond just neighbor Canada. Suddenly, from 2015 to 2019, U.S. crude exports leaped six-fold to 2.8 million b/d. Growth has been particularly impressive since the trade war with China (having a 5 percent tariff on U.S. crude) has effectively taken the world’s biggest import market away. For example, U.S. crude exports to China in November were just 62,000 b/d, compared to 231,000 b/d in 2018. Compensating, Canada, South Korea, and the UK have become the largest U.S. crude importers. Canada, for instance, imported about 170 million barrels of U.S. crude last year. This is a staggering 11-fold boom since 2010, even more notable since Canada is itself a country with rising production amid flat demand.

Looking forward, the U.S. oil export story has really just started. China, for instance, just announced that it will half its tariff on U.S. crude to 2.5 percent and buy nearly $55 billion in U.S. energy over the next two years. This will surely put crude in the spotlight: China still has a 25 percent tariff on U.S. LNG. The prize is obvious. At 10.2 million b/d, China’s crude imports in 2019 were up 10 percent and set a record for a 17th straight year.

The emerging USMCA deal to revamp NAFTA with Mexico and Canada will also be a boon for exporters of U.S. oil products in particular. Farther abroad, more pipeline capacity from the Permian to reach the deeper ports being constructed in the Gulf is essential to reaching full potential. All told, the U.S. could become the largest crude oil exporter within five years.

Mounting U.S. shale oil supply will remain the basis of its export boom. Even with the expected slowdown in new output, the IEA has the U.S. supplying 85 percent of the world’s new crude for this decade. The EIA has a high resource potential pushing U.S. crude output another 40 percent to possibly 18 million b/d.

New global oil demand is a constant because other options remain insignificant and more expensive. Some 90 million new oil cars are sold each year. Any drag on new consumption comes more from poor economic conditions and/or temporary downturns such as the coronavirus, not from any structural shift in usage.

Especially important amid flat domestic demand, U.S. consumers should know that the ability to sell on the global market helps companies expand operations, capturing the invaluable economies of scale where additional outputs come at a reduced cost per unit. In turn, exports leading to more output and efficient scales of operation help keep domestic prices in check.

U.S. oil exports are also essential in building partnerships around the world. Many importers see U.S. oil as a critical buffer to heavily resourced Russia and OPEC. If a new U.S. President seeks to ban oil exports, for instance, they would simply be gifting a windfall to other geopolitically risky suppliers.

Vangel Vesovski  |  February 20, 2020
As noted many times, American shale production is not economic at the scale needed to become an exporter. This is why the stocks of most shale companies are down 90% from their peaks.