US May Become Third Largest Seller of LNG 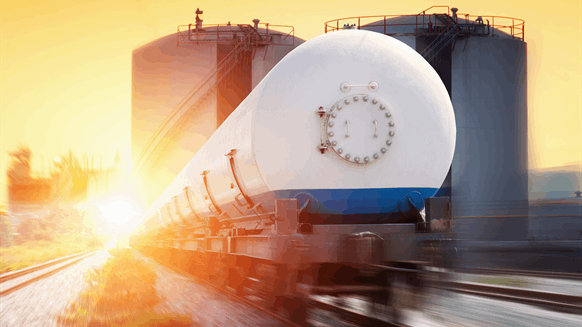 US LNG has thus far reached over 30 nations.

This year, the U.S. will surpass Malaysia to become the world’s third largest seller of LNG. The country could even eclipse Qatar and Australia to take the top spot by 2024. This is truly staggering growth considering that LNG exports from the contiguous 48 just began in February 2016, when Cheniere Energy’s flagship Sabine Pass terminal in Louisiana first came online.

U.S. LNG has thus far reached over 30 nations, with South Korea, Mexico, Japan, and China receiving the most. By the end of 2019, the U.S. will have doubled its export facilities to six. And the country will have expanded its capacity to ~9 Bcf/d, more than 20 percent of current LNG demand. Although China has now put a 25 percent tariff on U.S. LNG, the expectation is that the trade war will eventually be worked out, reopening the door to the world’s most vital incremental customer.

For LNG buyers, the U.S. is a highly desirable partner. The country has soaring domestic gas production (up 60 percent since 2008), a massive low-cost resource base, flexible contracts, and a hub-based pricing system that reflects the transparency of supply and demand. IHS experts, for instance, estimate that the U.S. has 700 Tcf of gas that can be produced even when prices are below $3 per MMBtu. The EIA expects annual U.S. output to grow non-stop at 1-2 percent for decades to come, double the domestic consumption rate.

U.S. LNG is expanding the short-term, spot market, now accounting for just 30 percent of global trade. This is helping to increase flexibility and liquidity in the market, importantly giving the less wealthy nations a better chance to participate. While it still represents just 12-14 percent of global gas usage, LNG is the fastest growing traded commodity. Trade has been rising 8-10 percent per year in recent years and growth will remain in the 4-7 percent range for as far out as current modeling goes.

As for U.S. gas users, LNG exports are a bullish factor and will put a floor under domestic prices. However, numerous studies indicate that a coming U.S. LNG export surge of 15-20 Bcf/d would likely only increase domestic prices 10-15 percent in the mid-term, and perhaps even less in the long-term. Exports will actually keep price increases in check because they beget more gas production.

The comparison that some U.S. industrial groups make to Australia, where an LNG export boom led to domestic gas shortages and spiked prices, is a faulty one. Australia has been exporting over 60 percent of its production, while the U.S. should top out at below 20 percent. Australia has also crippled itself with bad policy, such as exploration and fracking bans. Ultimately, if U.S. LNG exports do increase domestic prices too much, they will simply limit themselves by pushing buyers to look for cheaper sellers. The U.S. also has a “protect the public interest” clause where the federal government can limit outside sales if deemed necessary.

Nevertheless, the U.S. government and domestic gas users must constantly monitor developments. With so much LNG exports coming online, pioneer Cheniere says that Henry Hub-based contracts could account for ~35 percent of global LNG by 2025. In short, LNG exports will increasingly bring competition for American buyers and tie the U.S. to the more precarious globalizing market.

To be sure, U.S. LNG faces substantial competition. While the Trump administration has been advertising to buyers in Europe, Russia says that its piped gas will remain at least 30 percent cheaper. And Gazprom has been surprisingly willing to renegotiate contracts to remain Europe’s primary supplier. Lowering transport costs, Australia is much closer to fast-growing Asia than the U.S., and Qatar is rapidly expanding its export capacity to retain its top ranking. Other emerging competition for U.S. LNG is Canada, Mozambique, European re-sellers, and giant commodity trading houses with wide international links.

Yet, the potential for all LNG sellers is great. Natural gas is increasingly the go-to fuel for nations to grow their economies, lower greenhouse gas emissions, and backup intermittent wind and solar power. In a carbon-constrained world, it is cleaner and more flexible natural gas that will continue to win out.

Kim k  |  June 29, 2019
LNG sales to overseas markets are a positive for US companies since it is selling so much gas that may otherwise get burned off.