US LNG Giant Signaling It May Curb Production 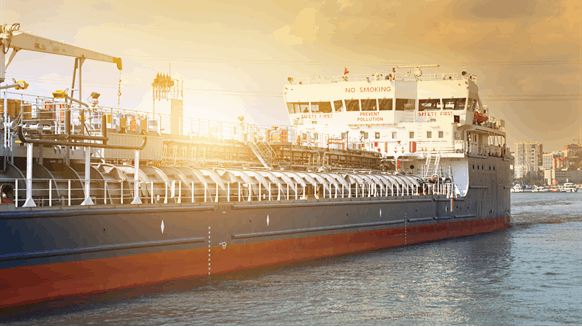 Cheniere Energy has tendered to buy six shipments for delivery to Europe later this year, rare for a company that's a seller of the fuel.

(Bloomberg) -- One of the world’s biggest liquefied natural gas exporters is signaling it may throttle back production.

Cheniere Energy Inc. has tendered to buy six shipments for delivery to Europe later this year, a rare step for a company that’s fundamentally a seller of the fuel. The company could be testing the size of the current glut as it weighs output cuts, or even seeking cargoes for its customers that could be cheaper than producing and shipping its own from the U.S. Gulf Coast, according to a Bloomberg survey of traders.

Traders are closely watching any indication that U.S. exporters will curb production as the coronavirus restrains demand and exacerbates an oversupply. Houston-based Cheniere declined to comment on the plan, and it isn’t clear if the tender has been awarded.

“They may be trying to figure out how long the market really is and to make a judgment on whether they should shut down some production,” said Jason Feer, global head of business intelligence at Poten & Partners Inc. in Houston. The tender may just be “an indication of length in the market. It does not mean that they will award the tender or buy the cargoes.”

Shipping LNG from the U.S. to Europe or Asia this summer will be unprofitable, BloombergNEF said in a Feb. 27 note. Spot prices have since declined further, while vessel rates have jumped, in a further indication that it may be cheaper to buy cargoes already available in the market than produce and ship it.

Gas flows to Cheniere’s export terminals dropped 13% this month from February’s average as output was partly reduced because of fog-related shipping delays and plant maintenance. The facilities in Sabine Pass, Louisiana, and Corpus Christi, Texas, are taking in 18% more gas than last March.

With the coronavirus pandemic expected to exacerbate the seasonal lull for gas around the world, “it’s reasonable” to expect customers won’t lift some cargoes while still paying tolling fees under their contracts, Anatol Feygin, chief commercial officer for Cheniere, said last week during the Scotia Howard Weil investor webcast.

The firm also closed a separate deal last week offering to sell a prompt cargo from its Sabine Pass facility, which traders said was likely one of its first ever tenders.

The company boosted capacity at each of its seven liquefaction units to about 5 million tons a year from their planned nameplate of 4.5 million thanks to operational efficiencies. Cheniere has declined to comment on operations and whether any cargoes were canceled beyond two for April reported last month.

Aside from a buyer with a 20-year contract opting to not lift a cargo, Cheniere had already cut the amount of cargoes that its marketing arm makes available, Feer said.

“They had been producing additional cargoes for Cheniere Marketing, but they stopped that a while back,” he said.

To contact the editors responsible for this story:
Simon Casey at scasey4@bloomberg.net
Rob Verdonck, Ramsey Al-Rikabi