US Gears Up for Aug. Gulf of Mexico Lease Sale 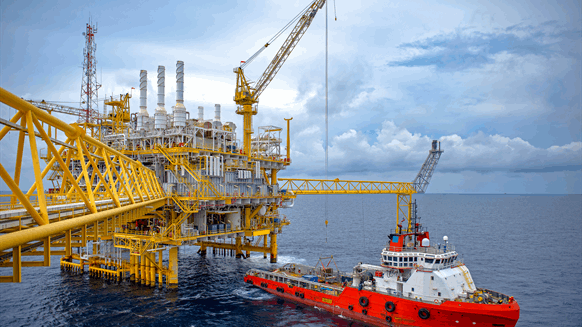 The U.S. Department of the Interior's Bureau of Ocean Energy Management will offer up 77.8 million acres in the Gulf during a region-wide lease sale scheduled for Aug. 21.

The U.S. Department of the Interior’s Bureau of Ocean Energy Management (BOEM) will offer up 77.8 million acres in the Gulf of Mexico during a region-wide lease sale scheduled for Aug. 21, Interior secretary David Bernhardt announced Thursday.

Lease Sale 253 will include 14,585 unleased blocks located from three to 231 miles offshore in the Gulf’s western, central and eastern planning areas in water depths from nine to more than 11,115 feet. It’s the fifth offshore sale under the 2017-2022 Outer Continental Shelf (OCS) Oil and Gas Leasing Program.

“The Trump administration is laser focused on developing our domestic offshore oil and gas resources in an environmentally conscious manner, and the Gulf of Mexico is front and center for that development,” Secretary Bernhardt said in a release. “The expansion of America’s energy sector has been a major economic driver for the American people in keeping energy prices low. Our work in the Gulf of Mexico to ensure America leads the world in energy production is paramount.”

Excluded from the lease sale are:

Lease Sale 253 will be livestreamed from New Orleans.