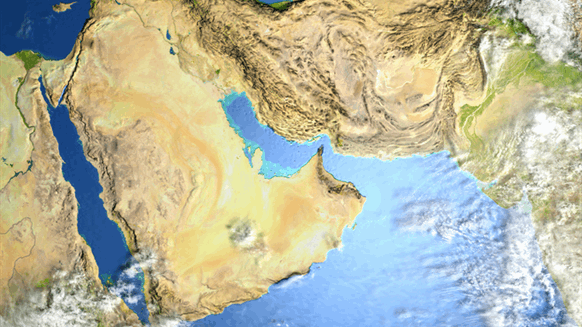 “As U.S. shale oil production has increased, and with Middle East oil exports to Asia now higher than to anywhere else globally, the role of the United States in guaranteeing security in the region as a quid-pro-quo for secure energy supplies has weakened,” Niamh McBurney, head of MENA at Verisk Maplecroft, said in the report.

“The willingness of the U.S. to step in and defend its traditional partners in the Middle East has receded in line with its diminishing reliance on Saudi oil, and we believe this could preface more insecurity in the region,” McBurney added.

For oil exporters like Saudi Arabia and the United Arab Emirates, the prospect of a dwindling role played by the U.S. raises fears of a security vacuum, according to the report, which outlined that without “robust security” in the Persian Gulf, the Gulf economies and 20 percent of the world’s oil demand are under threat.

“But Washington is increasingly unwilling to underwrite protection for oil production and shipping that is of most benefit to its biggest geostrategic rival, China,” McBurney stated in the report.

“The absence of a forceful public response from the Trump administration following the May and September 2019 attacks on oil tankers and installations in Saudi Arabia show that the threshold for the U.S. to act in the region is much higher than in the past,” McBurney added.