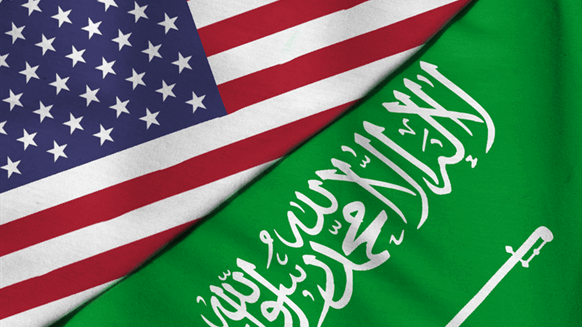 Spoke with Saudi Crown Prince Mohammed bin Salman Al Saud regarding the #coronavirus and we agreed all countries need to work together to contain the pandemic and stabilize energy markets. Thankful for #SaudiArabia’s partnership in the face of the threats posed by #Iran’s regime.

In a statement posted on the U.S. Department of State’s website, government spokesperson Morgan Ortagus outlined that Pompeo stressed in a phone call with the Crown Prince that the Saudis have a “real opportunity to rise to the occasion and reassure global energy and financial markets when the world faces serious economic uncertainty”.

Ortagus also stated that the secretary thanked the Crown Prince for Saudi Arabia’s “continued partnership in the face of the Iranian regime’s destabilizing regional behavior”.

Commenting on Pompeo’s tweet, Rystad Energy’s Head of Analysis, Per Magnus Nysveen, called it a promising move by the U.S. government “as they are the only diplomatic force that can influence the Saudis to take responsibility”.

“With global oversupply at 15 million barrels as we speak, pulling back the Saudi’s two million barrels of added exports is a low hanging fruit to balancing the market before we all hit the wall in about 50 days from now, when available crude storage is 100 percent full,” Nysveen added.

Jack Allardyce, an oil and gas analyst at Cantor Fitzgerald Europe said the comments suggest Washington and Riyadh are on the same page. He added that the suggestion of a collaborative approach to stabilizing oil prices is likely to be well received by a market still reeling from the breakup of the OPEC+ pact.

Paul Horsnell, the head of commodities research at Standard Chartered Bank, told Rigzone the tweet was short on specifics.

“Seems unlikely that Secretary Pompeo was offering to sign the U.S. up for an output cut, even though Secretary of Energy Brouillette did say earlier this week that some sort of U.S.-Saudi Arabian cooperation was being discussed as one of several ideas,” he stated.

“The immediate problem is that the Q2 surplus is so large, we think in the range of 13.5-20 million barrels per day, depending on the extent of U.S. shutdowns. Not much any producer can do in the face of that in the short-term, it would be better to wait until Q3 when the gap looks as if it might be more bridgeable,” he added.

“Hard to see the U.S. acting as an effective broker to effect a rapprochement between Saudi Arabia and Russia and also hard to see the U.S. participating in a direct market intervention in oil, particularly having railed against OPEC for so long. Then again, these are very strange times,” Horsnell continued.

ettek  |  March 27, 2020
USA has opportunity to make a real impact by Fed limiting how much oil can be taken from shale as a matter of National Security. This will eliminate OPEC control of oil prices, shore up US market, ensure future production, and stabilize long term investment opportunities.