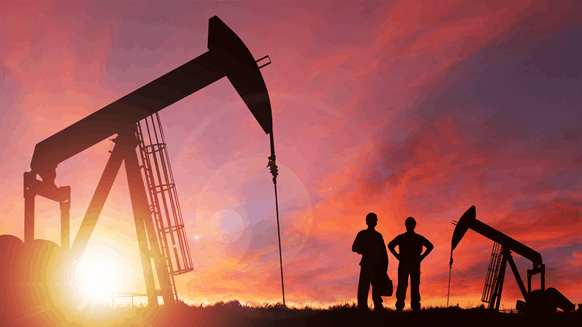 U.S. natural gas and crude oil production increased last year at the fastest pace ever for a single country.

(Bloomberg) -- U.S. natural gas and crude oil production increased last year at the fastest pace ever for a single country.

U.S. gas output soared 86 billion cubic meters in 2018, the largest annual increase by any country ever, according to statistics published Tuesday by BP Plc. That’s roughly equivalent to consumption in the U.K., one of the oldest users of the fuel, and almost 40% more than the previous record set by Russia in 2010.

And in a twin first, U.S. oil output jumped 2.2 million barrels a day -- also the largest amount ever by a single country in a year.

“What you saw last year was really quite amazing -- this amazing unique double first for the U.S.,” said Spencer Dale, BP’s global chief economist. “This is pretty astonishing growth and I don’t think this is some sort of unique aberration. This is a function of the U.S. shale revolution in both oil and natural gas -- it’s alive and well and it’s powering strongly.”

The jump in the production of the polluting fossil fuels happened three decades after nations including the U.S. set up a United Nations framework to try save the climate.

The figures will stoke angst in those continuing negotiations, where countries are seeking to collaborate and tighten greenhouse-gas targets ahead of the Paris climate deal to limit the risk of runaway heatwaves, drought and flooding after next year. As part of the talks, they’re discussing historical responsibility for the climate crisis.

To contact the editors responsible for this story:
Reed Landberg at landberg@bloomberg.net
Rob Verdonck

Greyman  |  June 11, 2019
Production levels above forecasted expectations is a reflection of the hard work and ingenuity of the American oilman. I do question the economics of this surging production? A majority of producers are still cash flow negative.