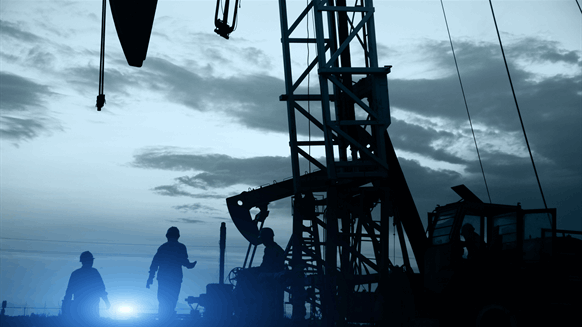 Friday, February 07, 2020 Rystad Energy has identified what it considers the top 30 high impact wells that will be drilled this year.


CGG and Fairfield Partner in the Permian

Friday, February 07, 2020 CGG and Fairfield Geotechnologies will jointly conduct a new multi-client seismic program in the Central Basin Platform of the Permian Basin in West Texas.

Wednesday, January 29, 2020 More than 80 percent of the funds will be focused on projects in Guyana and the Bakken.

Monday, January 20, 2020 Global exploration is poised for an upswing as operators flock to licensing rounds, according to Rystad Energy.


Offshore Contractors Primed For a Busy 2020

Wednesday, January 08, 2020 Some industry insiders have doubts about whether there is sufficient contractor capacity to deal with the expected volume of business.


Offshore Drilling Poised for an Upswing in 2020?

Friday, December 27, 2019 Increasing interest in offshore drilling owes much to the industry's success in reducing costs by between 30-40 percent and increasing productivity.

Thursday, December 26, 2019 The global market for Floating Production, Storage and Offloading vessels is headed for a major recovery.


Is the US Shale Boom Really About to End?

Thursday, December 26, 2019 While there is distress for some companies, the situation offers an opportunity for others.

Monday, December 23, 2019 As the majors have diversified into power and renewable energy storage, oilfield service contractors have followed suit.

Tuesday, November 19, 2019 California intensified its battle against fossil fuels by halting new permits for a key production technique following leaks at a Chevron Corp. facility in an area that has pumped crude for more than a century.


Which Region Saw the Most Discoveries in 3Q?

Monday, October 21, 2019 "Conventional wells not being drilled now won't be producing later on."


Colorado Cracks Down on Oil, Gas Drilling Near Homes


US Opens Up California Land for Oil, Gas Leasing

Monday, October 07, 2019 The U.S. Department of the Interior's Bureau of Land Management has opened up 722,000 acres of federal land in California's central coast for oil and gas leasing and development.

Wednesday, September 25, 2019 The situation could plateau before getting even worse, says frac spread watcher.

Tuesday, September 24, 2019 Transocean Ltd revealed Monday that two of its indirect, wholly-owned subsidiaries will relinquish their respective interests in two drillships under construction.


Dems Seek to Block Oil Drilling Along US Coasts

Wednesday, September 11, 2019 The U.S. House of Representatives is set to vote Wednesday on two proposals for limiting drilling in U.S. coastal waters.

Friday, August 30, 2019 Equinor is the NOC that has posted the most international gross high impact (HI) exploration well completions since 2008.

Thursday, August 15, 2019 Sixteen discoveries estimated to be larger than 100 million barrels of oil equivalent were made in the first half of the year.

Wednesday, August 07, 2019 Hydraulic fracturing in the Permian broke old records in June, according to energy research firm Rystad Energy, who estimates there were as many as 18 wells fracked per day in June.

Thursday, July 11, 2019 In the first half of 2019 alone, the world has uncovered 6.7 billion barrels of oil equivalent with deepwater leading the way, according to energy research firm Rystad Energy.

Thursday, July 11, 2019 Colombia saw the most oil and gas discoveries in the second quarter, according to new report from GlobalData.

Monday, June 03, 2019 The world's total exploration and development (E&D) costs in 2018 was the lowest since 2009, according to the U.S. Energy Information Administration (EIA).


Exploration Gets Its Mojo Back

Tuesday, May 14, 2019 The exploration sector has got its mojo back, according to energy research and consultancy company Wood Mackenzie.


Most US Offshore Resources Not Up for Grabs

Wednesday, May 08, 2019 94 percent of U.S. offshore resources are not available for investment.

Tuesday, May 07, 2019 If the rest of 2019 continues at a similar pace, this year will be on track to exceed last year's discovered resources by 30 percent.

Wednesday, May 01, 2019 The Trump administration is poised to relax offshore drilling requirements imposed in response to the 2010 Deepwater Horizon disaster.

Thursday, April 18, 2019 A unit of Surge Energy US Holdings Co. has reportedly drilled a record-setting lateral in the Permian Basin.


2019 Oil and Gas Exploration Off to Flying Start


Marathon Oil Opts for Overlooked Acreage Outside of Permian

Tuesday, March 12, 2019 The explorer is opting to snap up cheap acreage in overlooked areas like the Louisiana Austin Chalk.


US Rig Count Declines by Four

Friday, February 22, 2019 The U.S. dropped a total of four oil rigs this week while the gas rig count remained flat.


Most Popular Articles
Focus On: Offshore
Oil and gas prices