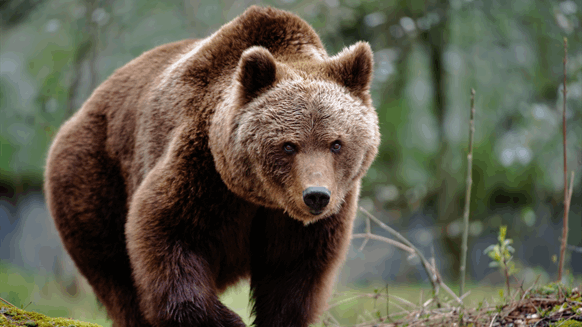 Prospects for the UK shale industry remain 'widely bearish', according to oil and gas analysts at BMI Research.

Prospects for the UK shale industry remain ‘widely bearish’, according to oil and gas analysts at BMI Research.

“For shale gas to be commercially produced, extensive work must be carried out to better understand the potential resource base, the social...will for which remains sour,” the analysts said in a brief research note sent to Rigzone.

“We remain highly skeptical over the longer-term viability of shale gas in the UK,” the analysts added.

BMI confirmed that 2018 is likely to mark the first time in which hydraulic fracturing will take place in the UK for over seven years, with the last well being tested in 2011.

“The results of upcoming drilling tests in several onshore licenses across the UK will be important for resource determination. However, crucially, the completion of the small drilling schedule will provide an extremely small proportion of the required activity to properly delineate and quantify the existing resource base in the UK,” BMI analysts said.

“Consequently, a high volume of additional drilling will need to take place, the scope for which we believe to be shrinking,” the analysts added.

In its report, BMI also said there was an indication of growing political caution regarding the UK shale industry, despite the government’s stated support for the sector.

In a white paper published late last year, the UK government said the emerging shale gas industry in the region ‘offers the prospect of creating jobs, enhancing the competitiveness of downstream sectors and building up supply chains’.

Bill Ohohar  |  February 21, 2018
How do you measure social license? By the volume of whine from the anti-frackers? What about the volume of whine from the general populace when gas is cut off or become exorbitant in price from imports? Seriously? Natural gas is the greatest gift the UK has going for it, and they are going to let a few malcontents derail the objective? Shale gas has proven both safe and economic in other jurisdictions. The UK owes it to the general populace to give it a go.
Tony Dyson  |  February 20, 2018
Big difference between the shale business in the USA and the UK is that in the USA the landowners generally own some or all of the minerals under their property and therefore directly benefit monetarily from the production. In the UK of course the minerals are owned by the State, apart from a few exceptions, therefore the population doesn't have a monetary incentive to support. drilling.
Sue Smith  |  February 18, 2018
I live near a potential frack site in the UK and am totally opposed to the idea. Renewable sources of energy shoukd be the future direction with energy. Our government signed the Paris Agreement yet hasn't the imagination to follow through.
Mark Bevis Bsc  |  February 18, 2018
"What do I think?" Fracking has no social license in the UK. Even the government's own surveys show only 13% of the population are in favour. The complete and utter industrialisation of the countryside, and of prime agricultural land, is not acceptable to the majority of the British people. The fact that people like Jim Radcliffe and Egan Frances show absolutely zero compassion and total utter contempt for this point of view is reflected in the amount of public resistance. That, alongside government ministers similar attitudes, means a lot of people now distrust the industry and anyone lobbying for it. At the same time, we have government BEIS department saying shale isn't going to be a future part of our energy mix, and isn't required for energy security either, shows that even the government gives out mixed messages. This adds to further distrust of an already distrusted government, with views of corruption and nepotism being rife. It has to be said the industry and it's government supporters have brought this upon themselves. The shale plays are not the same as in the USA. A report I read yesterday shows that the USA has 1/4 the population density and 6x the water density compared to average European shale areas. And with newest studies showing links to breast cancer from shale site contanimants, there is little the industry can do to alleviate public fears. No one has been able to say what the industry can do with all the contiminated fracking waste water - it is currently untreatable within the UK. However technologically righteous the industry feels about itself, there are over 1000 peer reviewed scientific studies on the dangers to health, the environment, the water table, social society and economic viability of hydraulic fracturing. People do read this stuff, it doesn't just stick in hallowed halls of acedemia anymore. No doubt there are as many studies analysing the difficulties of hydraulic fracturing, and providing potential technological fixes, (eg I was reading about Cesium formates yesterday), but none of this will sway the detractors, because, apart from the trust issues, many of us have come to realise that fracked gas and oil is totally unnecessary. With an average of 11% CH4 leaks around well heads and the pipe infrastructure, fracked gas isn't even "cleaner" than coal that it is hyped to replace. And the UN have already said we must leave 80% of known fossil fuel reserves in the ground, to avoid the worst excesses of climate change, so by what logic does the industry give itself the right to explore for new reserves, when we know they have to be left there?
Sandi  |  February 17, 2018
Shale is a scam, a veritable Ponzi scheme.