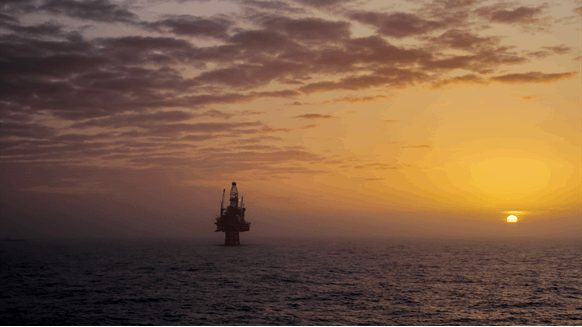 The UK North Sea Transition Authority has launched the 33rd oil and gas licensing round and offered 898 blocks and part-blocks in the North Sea.

The North Sea Transition Authority (NSTA) has invited applications for licenses to explore and potentially develop 898 blocks and part-blocks in the North Sea.

To encourage production as quickly as possible, the NSTA has identified four priority cluster areas in the Southern North Sea, which have known hydrocarbons, are close to infrastructure, and have the potential to be developed quickly - and will seek to license these ahead of others.

Applicants will be encouraged to bid for these areas so they can go into production as soon as possible. The licensing round may lead to over 100 licenses being awarded.

The average time between discovery and first production is close to five years and falling, according to NSTA analysis.

The round is the latest element in the NSTA’s ongoing work with the industry to ensure the security of supply. Earlier this year leading operators were asked to supply details of their production and investment plans and to look at how they might go further and faster wherever possible.

Other measures include licensing the Rough gas storage facility and encouraging operators to look again at reopening closed wells.

“Oil and gas currently contribute around three-quarters of domestic energy needs and official forecasts show that, even as demand is reduced, they will continue to play an important role. As we transition, maintaining a clean domestic supply to meet that demand can support energy security, jobs, and the UK’s world-class supply chain,” NSTA said in a statement.

Acreage will be offered in the West of Shetland, Northern North Sea, Central North Sea, Southern North Sea, and East Irish Sea. To support bids, the NSTA is publishing data packs with summaries of key prospects and discoveries to stimulate exploration and encourage new opportunities.

The opening of the licensing round follows the publication of the Climate Compatibility Checkpoint and the Strategic Environmental Assessment. The application period will run until January 12, 2023, during which time applicants will be able to assess the opportunities and make applications from early October. It is expected that the first licenses will be awarded in the second quarter of 2023.

The NSTA intends to award blocks in tranches with those that have the potential to produce quickly taking precedence, subject to any requirement for further environmentally appropriate assessments. The blocks offered have been agreed upon following consultation with other relevant public bodies regarding other activities and plans for the area.

“The NSTA is working closely with industry and government to meet UK needs with North Sea supplies produced as cleanly as possible. The UK is forecast to continue importing natural gas as we transition to a fully renewables system and our North Sea gas has less than half the footprint of imported LNG. This licensing round includes gas discoveries in the Southern North Sea which can be rapidly tied back to existing infrastructure.”

“All developments undergo environmental and emissions assessments. As with good safety leadership, good environmental performance is good business. For example, we worked with industry to cut flaring again in 2021 by 20%, saving enough gas for 130,000 UK homes.”

“Security of supply and net zero should not be in conflict. The industry has committed to halving upstream emissions by 2030 and investing heavily in electrification, carbon storage, and hydrogen. Signs are promising so far – our first carbon storage round closed last month with 26 applications from 19 companies across all the areas we offered,” Andy Samuel, NSTA Chief Executive, stated.

“Putin’s illegal invasion of Ukraine means it is now more important than ever that we make the most of sovereign energy resources, strengthening our energy security now and into the future. Ensuring our energy independence means exploiting the full potential of our North Sea assets to boost domestic production – recognizing that producing gas in the UK has a lower carbon footprint than importing from abroad. That is why we welcome the launch of the NSTA’s new licensing round, which will help support highly skilled jobs across the UK’s energy industry, boosting both our energy security and our economy,” Business and Energy Secretary Jacob Rees-Mogg added.