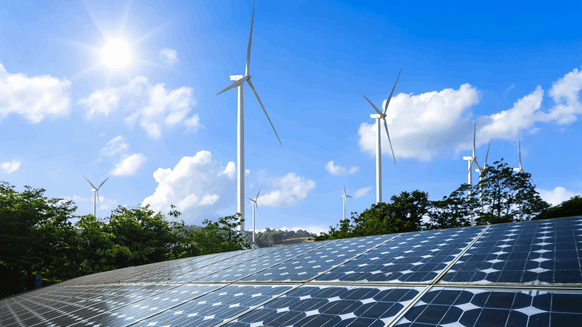 Even though the UK is shifting from fossil fuels this might not be enough to meet the 100% reduction in emissions legislated for in 2019.

With the UK shifting from fossil fuels, with almost half of the country’s energy demand being delivered by electricity in 2050, this will not be enough to meet the 100% reduction in emissions, legislated for in 2019.

Over 150 leaders from energy majors, government, representatives from the investment community, and representative bodies, attended the launch of the first UK ETO by DNV in London.

The report created by the DNV claimed that the UK would also not meet its Nationally Determined Contribution commitment of reducing emissions by 68 percent by 2030 under the Paris Agreement.

While the UK has made strong progress to reduce carbon emissions, the government’s absence of a committed roadmap and relevant business models to deliver on those ambitions is stalling the implementation needed to reduce emissions to the point where net zero goals can be achieved.

In positive news for domestic consumers, household energy expenditure is expected to halve, driven by increased electrification of household heating and passenger transport, however, DNV’s report highlights that the transport and building sectors are the major remaining contributors to the total annual emissions by 2050.

Building emissions could be eliminated through a combination of boosting heat pump penetration up to 20 million households and decarbonizing the remainder by substituting natural gas with green hydrogen. Investment in underground hydrogen storage is essential in supporting the switch to green hydrogen and taking advantage of low-cost renewables.

“Our UK Energy Outlook report clearly demonstrates that early ambition and action have allowed the UK to make good progress, but unless the government implements a compelling roadmap backed by clear business models and supportive regulatory frameworks, the UK will not meet these targets. We firmly believe the UK can meet its 2050 net zero objectives, but this will require clear and early policy decisions, particularly focused on the decarbonization of heating in buildings and transport. The UK has a major role to play in helping the world meet the targets of the Paris Agreement – as a country we need to go further and faster, going beyond our targets and investing more to support this vision,” Hari Vamadevan, EVP and regional director for UK and Ireland and Energy Systems at DNV, said.

DNV also said that 40 percent of transport emissions could be reduced by accelerating the uptake of EV/fuel cells for commercial vehicles through incentives and subsidies. Solutions aren’t as clear in aviation, and the abatement of the carbon goals is considered difficult within the timeframe. Feasible options would include offsetting these emissions through scaling large-scale implementation of Direct Air Capture, which requires over $180 billion in investment and/or via natural carbon sinks.

Almost half of the UK’s energy demand will be delivered by electricity by 2050. Demand seasonality and variability in renewable sources require a smart and flexible system with investment in power grid infrastructure, as well as automation and analytics.

“We must ensure we offer support for consumers that incentivizes change while ensuring no sections of society are left behind. This change cannot come from the government alone, it needs active participation, both as an individual and for many of us as part of the wider energy industry. Social engagement and behavior change on issues such as heating, transport, energy consumption, and efficiency and lifestyle changes such as travel reduction will all be part of the UK’s energy transition story.”

“Overall, the energy transition may be a radical change to preserve our planet’s future, but we need to take urgent steps to deliver an orderly transition. Our Energy Transition Outlook shows us that immediate action is needed now to achieve net zero. Events like this are important to mobilize the industry, investment community, and government, but to get there we need to be bolder and braver,” Vamadevan added.