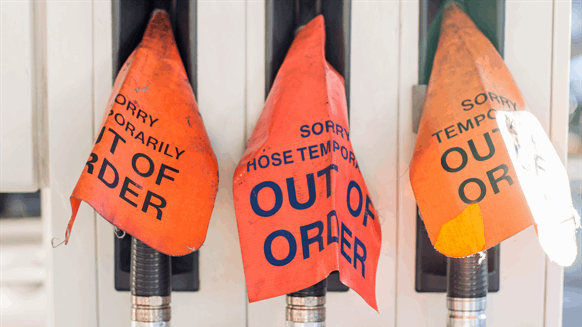 As part of the measures, a “limited number” of military tanker drivers will be put on a state of readiness and deployed if necessary to “further stabilize” the fuel supply chain, according to the government. The military drivers will receive specialized training before deploying, enabling them to seamlessly work with the industry to address the supply chain pressures, the government noted.

In addition, there will be an extension to ADR driver licenses, permitting drivers to maximize their available capacity. Ordinarily, ADR licenses are valid for up to five years, with holders having to undertake refresher training and pass an exam, which takes three days, in the final year of validity as a requirement of renewal.

“While the fuel industry expects demand will return to its normal levels in the coming days, it’s right that we take this sensible, precautionary step,” Business Secretary Kwasi Kwarteng said in a government statement.

“The UK continues to have strong supplies of fuel, however, we are aware of supply chain issues at fuel station forecourts and are taking steps to ease these as a matter of priority,” he added in the statement.

“If required, the deployment of military personnel will provide the supply chain with additional capacity as a temporary measure to help ease pressures caused by spikes in localized demand for fuel,” Kwarteng went on to say.

Defence Secretary Ben Wallace said, “the men and women of our armed forces stand ready to alleviate the transport pressures where they are felt most”.

“That is why I have authorized their increased preparedness so they are ready to respond if needed,” he added.

“People have been responding to the message to only fill up when they actually need fuel and in any case their cars are now fuller,” he added.

The UK government’s latest measures follow a joint statement issued by the fuel industry confirming that fuel supplies at UK refineries and terminals remain high as well as encouraging the public to continue to purchase fuel as normal.

“There is plenty of fuel at UK refineries and terminals, and as an industry we are working closely with the government to help ensure fuel is available to be delivered to stations across the country,” the following companies said in the joint statement - BP, Shell, Esso Petroleum / ExxonMobil, Wincanton, Certas Energy UK, Hoyer Petrolog UK, Greenergy, Fuels Transport & Logistics, Downstream Fuel, Suckling Transport.

“As many cars are now holding more fuel than usual, we expect that demand will return to its normal levels in the coming days, easing pressures on fuel station forecourts. We would encourage everyone to buy fuel as they usually would,” the companies added.

“We remain enormously grateful to all forecourt staff and HGV drivers for working tirelessly to maintain supplies during this time,” the companies continued.

Over the weekend, Kwarteng agreed to implement a measure to temporarily exempt the fuel industry from the Competition Act 1998 for the purpose of sharing information and optimizing supply, following a meeting with senior executives from the sector. Known as The Downstream Oil Protocol, this step will allow the government to work constructively with fuel producers, suppliers, hauliers and retailers to ensure that disruption is minimized as far as possible, the government noted.