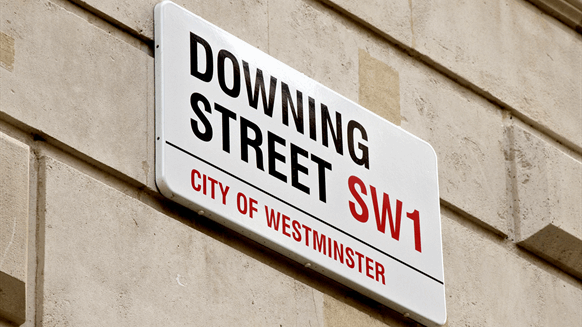 The new appointment follows news that Lis Truss was resigning as Leader of the Conservative Party and Prime Minister.

Rishi Sunak has been appointed as the new Leader of the Conservative Party and the new UK Prime Minister.

The new appointment follows news that Lis Truss was resigning as Leader of the Conservative Party and Prime Minister. Truss had previously beaten Sunak in a Conservative leadership race which concluded in September.

In a statement posted on Twitter, Truss congratulated Sunak on being appointed the next Prime Minister. “You have my full support”, Truss noted in the statement. At the time of writing, Sunak has not yet made a formal statement on his victory.

In a statement posted on industry body Offshore Energies UK’s (OEUK) website, OEUK CEO Deirdre Michie said, “We wish Rishi Sunak the best - we are already in very challenging times and energy is at the top of the agenda”.

“Global energy prices are rising, and UK consumers face surging bills at the coldest time of year. Energy security is also critical as Putin tries to create further shortages across Europe. OEUK’s members are protecting the UK from many of the worst impacts of those shortages by producing energy for the whole nation. They will keep doing that in the tough times ahead,” Michie added.

“We work with politicians of all parties, now including Mr Sunak’s administration, and we look forward to meeting him and his team. When we do, we will be making a powerful case around the need for stability in the fiscal and regulatory regimes governing the UK’s offshore sector. The UK needs to secure billions of pounds for offshore investments if it is to keep producing the gas, oil and offshore wind, plus other low-carbon energies, needed for future growth and productivity, and especially for the transition to net zero,” Michie continued.

Sunak was previously appointed Chancellor of the Exchequer from February 13 2020 to July 5 2022. He has also served as Chief Secretary to the Treasury and Parliamentary Under Secretary of State at the Ministry of Housing, Communities and Local Government.