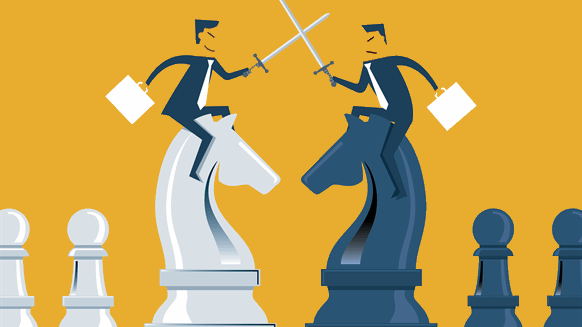 Rigzone Twitter poll asks if retaliation is in the offing.

A slim majority of the 116 respondents to a recent poll on Rigzone’s Twitter page do not expect U.S. exporters of crude oil, liquefied natural gas (LNG) and propane to experience blowback from proposed U.S. tariffs on imported steel and aluminum.

On March 1, President Trump confirmed that the U.S. will impose tariffs of 25 percent on steel imports and 10 percent on aluminum imports. The announcement followed a mid-February finding by the U.S. Department of Commerce that imported steel mill products and wrought and unwrought aluminum imports pose a threat to U.S. national security.

Do you think that US tariffs on steel and aluminum imports will prompt other countries to curb their purchases of crude, LNG, and propane from the US?

The proposed tariffs have drawn criticism from associations representing the oil and gas industry.

“We are urging the administration to avoid killing U.S. jobs through a steel tariff that impacts pipelines,” Andy Black, President and CEO of the Association of Oil Pipe Lines (AOPL), stated following Trump’s announcement last week.

Jack Gerard, president and CEO of the American Petroleum Institute (API) has called the tariffs “inconsistent with the Administration’s goal of continuing the energy renaissance and building world class infrastructure.” Moreover, the API chief pointed out that foreign steel mills provide products unavailable from many U.S. mills.

“The U.S. oil and natural gas industry, in particular, relies on specialty steel for many of its projects that most U.S. steelmakers don’t supply,” Gerard remarked last Thursday.

Pointing out that many of the countries that would be hit by U.S. steel and aluminum tariffs happen to be significant importers of U.S. crude, LNG and propane, one prominent energy commentator suspects that retaliation by these trading partners is weighing on the minds of domestic producers.

“It’s hard to say where all this trade-war talk may lead,” Rusty Braziel wrote in the March 4 installment of RBN Energy LLC’s blog. “Possibly nowhere. But with U.S. energy producers highly dependent on exports for market balancing, the topic surely is raising some angst in places like the Permian and the Marcellus/Utica.”

Jack Perez  |  March 06, 2018
We are brave American Nation should STOP being scared of world retaliation on our import tariffs on unfair export to USA and STOP these countries to dictate us what we should do and what not? we are supposed to be PRODUCERS from last 30 years we became CONSUMERS and ran into trade unbalance with multi billions or trillions in abusive imports and debts. Its time we all unite and stand for AMERICAN jobs and economy and protect our industries even it cost more to import or export no problem but we must bring trade with any country on check and balance. Please remember if any country slap us with higher taxes on our export we can reciprocally slap them with double of those taxes on their export to USA like EU wants to impose US$3.5 Billion taxes on LEVIS - MOTORCYCLES - ETC we can SLAP them with US$35 Billion or more on taxes on MERCEDES - BMW - WINE - LUXURY ITEMS that will be a good start this is no war this is common sense trade with mutual respect.