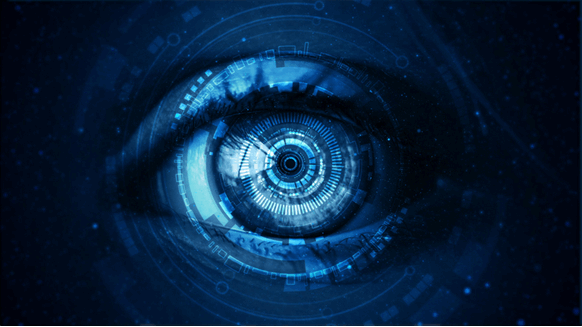 President Donald Trump is trying to get the world to cut oil production by 10 million barrels a day in an effort to end a market-share war that sent crude prices plunging to the lowest levels in two decades.

(Bloomberg) -- President Donald Trump is trying to get the world to cut oil production by 10 million barrels a day in an effort to end a market-share war that sent crude prices plunging to the lowest levels in two decades.

Trump shocked markets on Thursday by tweeting that he expected Russia and Saudi Arabia alone to cut about 10 million barrels -- or roughly a 10th of global petroleum, sending oil prices soaring. A person familiar with the discussion later said that Trump, after a call with Saudi Arabia Crown Prince Mohammed bin Salman, was hoping to get other oil market participants to contribute to that cut, too. A second person familiar with the situation said Trump’s goal is purely aspirational and will ultimately hinge on whether Saudi Arabia and Russia can reach a deal.

Any across-the-board reduction of this size will face serious challenges. Saudi Arabia hasn’t voiced outright support for the move and instead called for an “urgent meeting” of the world’s oil producers to discuss a “fair agreement.” The response signals the country will only cut output if others do so and raises the question of whether the Trump administration is willing to cap America’s own production to reach a global accord.

Russia’s response was arguably harsher. In his tweet, Trump said he had spoken to MBS, who had in turn spoken with Russian President Vladimir Putin. But a Kremlin spokesman, Dmitry Peskov, said the conversation hadn’t happened and confirmed that no production cut had been agreed to with the Saudis.

Just spoke to my friend MBS (Crown Prince) of Saudi Arabia, who spoke with President Putin of Russia, & I expect & hope that they will be cutting back approximately 10 Million Barrels, and maybe substantially more which, if it happens, will be GREAT for the oil & gas industry!

An OPEC+ delegate familiar with the conversations similarly said Saudi Arabia and Russia had yet to agree to production cuts -- let alone their size. Any proposed curbs would be conditioned upon every other major oil producer also agreeing to reduce production, the person said, asking not to be named discussing diplomatic conversations.

Meanwhile, Trump told reporters on Thursday that he expected a deal to be reached soon.

The White House has considered tariffs on foreign oil imports to protect U.S. producers, though the idea is opposed by some top Trump advisers led by Larry Kudlow, the director of the National Economic Council, according to people familiar with the matter.

Saudi Arabia wants countries that aren’t part of the OPEC+ alliance to join in any future pro-rationing. Although Riyadh hasn’t drawn up a formal list, in the past OPEC+ had invited big American oil producers, Brazil and Canada to its meetings. Both Canada and Brazil have previously declined.

In a rare move for a state energy regulator, Ryan Sitton -- one of three commissioners at the Texas Railroad Commission that oversees the state’s powerful oil industry -- said on Twitter Thursday that he had discussed a 10 million-barrel-a-day cut to global supplies with Russia Energy Minister Alexander Novak and planned to speak with Saudi Arabia’s energy minister. Sitton has been pitching a plan for days that would have the U.S. and OPEC working to cut production together.

The idea of a U.S. production cut, probably executed by capping exports, is also on the table at the White House, though many oil industry representatives have warned that the approach would cause the U.S. to cede the very “energy dominance” Trump has repeatedly celebrated.

A chief argument is that dialing down U.S. production is not aligned with the president’s “America First” agenda, said a person familiar with the matter who asked not to be named discussing lobbying strategy. For his part, Trump said Thursday that he had not discussed the possibility of U.S. oil production cuts.