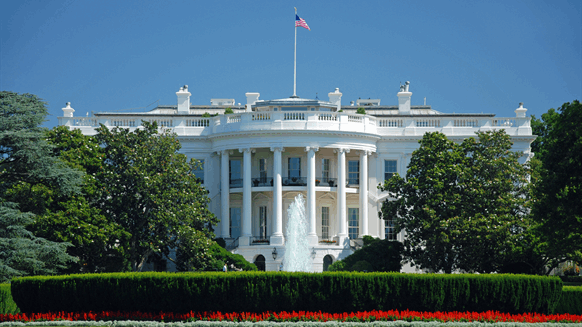 A coalition of 23 free-market, small business and consumer groups is urging President Trump not to impose tariffs on imported crude oil.

The American Energy Alliance (AEA) reported that it has joined a coalition of 23 free-market, small business and consumer groups urging President Trump not to enact tariffs on imported crude oil.

Although imposing tariffs has been touted as a means of helping U.S. oil and gas producers, AEA maintains the approach would not achieve the desired outcome.

“The President must continue to refuse the call by some to impose tariffs on imported oil,” AEA President Thomas Pyle remarked in a written statement emailed to Rigzone. “Tariffs would unquestionably do more harm than good for everybody. Without government intervention, we’ve already begun to see markets correct themselves and show signs of an upward trend.”

A letter that AEA and others sent to Trump argues that oil tariffs would raise costs for U.S. refiners “while doing nothing to increase their use of U.S. shale oil.” It explains that domestic refineries are designed to process domestic as well as foreign crudes and “cannot simply switch over” to exclusively run crude slates produced from U.S. shale plays. Group members also assert that imposing tariffs would raise pump prices for U.S. motorists and harm U.S. exporters of crude oil and refined products.

“Enacting a tariff on crude imports would likely launch a global retaliation and diminish the President’s incredible pro-energy, pro-consumer record,” Pyle commented after the coalition submitted the letter to the White House. “The best solution for U.S. oil and gas producers is reopening the economy in a safe and responsible manner.”

Babs  |  May 25, 2020
The president saving other industries such as steel was a bad idea? Well China thought so. The president gained a lot of credibility and respect during that time as displaying leadership and the champion for American goods and products and the American worker. For decades and decades the US has imported Oil NEVER exported until a few years back where was the talk of American credibility? We are credible when we make others rich but to protect ours? we lack credibility? This institute is UN American and if the president is eager to drain a swamp he should start there.
Mark Steiner  |  May 24, 2020
The US has access to heavy crude. The Tyler Formation in ND could supply this need. With low API gravity, and Bakken horizontal drilling technology, could conceivably open this formation to supply this need at least in part. Saudi Arabian influence must go.
John David LaRue  |  May 23, 2020
Yes, you can flip from positive to negative very quickly if prices go low enough. If I have a well on ESP with $15,000 in water disposal I have to shut that well in immediately when it starts losing $
John David LaRue  |  May 23, 2020
We need tariffs and an increase in the gasoline tax. With no gov action we have a rig count that is 1/3 of the lowest point in the 80's bust. Rebuilding the industry after that decade eventually caused consumers to pay more for fuel than they would have otherwise.
David Hodges  |  May 23, 2020
Refineries can’t just run one type of crude and be efficient or profitable. WTI is a sweet crude and does not have the sulfur content that sour crude does. Which comes from overseas and Canada.
Freddy Cruz  |  May 22, 2020
AEA is completely wrong an they are sponsored with back door money from China and the Middle East it is in there best interest to see Saudi/China in the US markets. The market is clearly manipulated with terminals still full zero movement and any economic or rational person with business sense understands current future pricing is based on speculation and not actual. You can’t flip from negative to positive trading trend in less then two weeks; the market is clearly false and manipulated and the AEA is using it to build there case; US Oil/Gas needs to slow down the flow of imported oil in order to create a supply and demand for US producers again.
AK  |  May 22, 2020
Why haven't domestic refineries done the necessary improvements to handle WTI? What am I missing? It seems like a nobrainer to me.