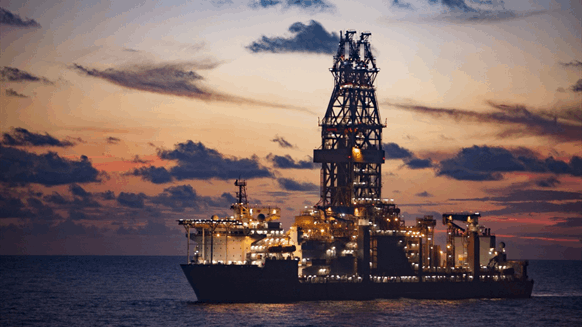 Transocean has set November 2 as the release date for its third-quarter earnings.

Offshore drilling services provider, Transocean, is set to release its third-quarter earnings at the start of November, the company informed only days after it released its Fleet Status Report. The company said that it will report earnings for the third quarter of 2022, after the close of trading on the NYSE on Wednesday, November 2, 2022.

Transocean owns or has partial ownership interests in, and operates a fleet of 37 mobile offshore drilling units, consisting of 27 ultra-deepwater floaters and 10 harsh environment floaters. In addition, Transocean is constructing two ultra-deepwater drillships.

The company has also informed that Development Driller III was awarded a one-well contract in Suriname at $345,000 per day plus two one-well options, while Transocean Norge will drill 17 wells in Norway at day rates between $347,000 and $430,000.

Dhirubhai Deepwater KG1 will continue working for Reliance Industries at $330,000 per day after the company exercised its options.

Paul B Loyd Jr is scheduled to start a deal with Harbour Energy, with the company deciding to immediately use its options and extend the contract until September 2023 at $175,000 per day. Norwegian major Equinor has tagged Transocean Spitsbergen for a single well job at a rate of $316,000 per day.

To remind, the company reported a net loss of $68 million in the second quarter of this year.