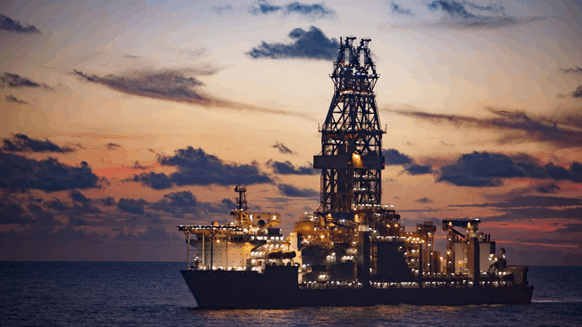 Transocean has won work for five offshore rigs, with four going to the U.S. Gulf of Mexico and one to the UK North Sea.

Offshore drilling contractor Transocean has won work for five offshore rigs, with four going to the U.S. Gulf of Mexico and one to the UK North Sea.

Transocean said in its latest fleet status report that the new contracts and extensions for its drilling rig fleet have an aggregate incremental backlog of around $87.7 million. Some of the rigs won deals with better day rates meaning the backlog rose to $6.5 billion.

The company stated that four of the five rigs which won deals were drillships. First of those is the Deepwater Conqueror which got a one-well contract extension from Chevron in the U.S. Gulf of Mexico at $335,000 per day. With the extension, the contract will now end in December instead of October 2022. This rig is an anomaly in the report as it is the only one that got a reduced dayrate declining from $579,000 for the period from December 2016 until December 2021.

The Deepwater Asgard drillship secured a two-well contract in the U.S. Gulf of Mexico at $395,000 per day. The operator was left undisclosed, but the deal will run from April until June 2022. The rig’s day rate has been significantly increased with this contract. Its previous deal was also in the Gulf of Mexico and again the operator was left unnamed. The rate though was $100,000 lower and stood at $295,000.

The next drillship with a new deal is the Deepwater Invictus. It won a one-well contract extension with BHP in the U.S. Gulf of Mexico at $305,000 per day. The deal will run from June until September 2022. The rig’s dayrate under the contract with BHP which stretches from October 2021 to March 2022 is $260,000. It will increase to $295,000 from March till June 2022 and then increase again under the latest extension.

The last drillship to get a new deal was the Discoverer Inspiration. Its one-well contract in the U.S. Gulf of Mexico at $290,000 per day was awarded by EnVen Energy along with two one-well options. The rig is currently working for Hess until August 2022 on a $215,000 dayrate after which it will start work for EnVen. The company’s optional periods are slated for September-November and November-December 2022 at dayrates of $300,000 and $310,000, respectively.

According to Transocean’s fleet status report, the Development Driller III semi-submersible has been idle since January 2022 following a completed contract with BHP in Trinidad.