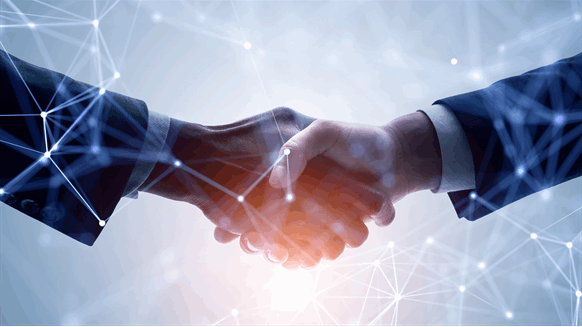 Transocean has made a new purchase.

Transocean Ltd (NYSE: RIG) has announced that it has purchased a minority interest in Ocean Minerals Ltd.

The company is engaged in the exploration of seabed resources containing metals “critical” to the “growing” renewable energy market, Transocean noted in a statement posted on its website. The value of the deal was not disclosed by either company.

In its statement, Transocean highlighted that, last month, Ocean Minerals, through its affiliate, Moana Minerals Limited, was awarded a license by the Cook Islands Seabed Minerals Authority for the exploration of polymetallic nodules within the application area located in the Cook Islands exclusive economic zone. Critical minerals, such as cobalt, nickel, copper, manganese, and rare earth metals found in the nodules are essential for the production of high-capacity batteries, Transocean noted, adding that it is working with Ocean Minerals on the technology and services that will be required to collect nodules from the seabed upon receipt of a production license.

“The technical challenges associated with the efficient recovery of deepsea polymetallic nodules represent an opportunity for Transocean to leverage our unique offshore expertise in support of the rapidly emerging energy storage market,” Transocean Chief Executive Officer Jeremy Thigpen said in a company statement.

“We are excited to work alongside Ocean Minerals to help support efforts to achieve a lower carbon energy economy and meet the growing global demand for critical minerals. A mixture of all energy sources will be required to meet future global energy demands, and our work with Ocean Minerals is another way for Transocean to continue to provide essential offshore energy services,” he added in the statement.

Back in January, Transocean announced that, later this year as part of its current drilling contract with Equinor, the Transocean Enabler will drill one carbon injection well and a sidetrack for another carbon injection well, drilled early 2020, in support of the Northern Lights Carbon Capture Storage Project. The project sets out to mitigate emissions and remove carbon dioxide from the atmosphere by creating the first cross-border, open-source carbon dioxide transport and storage infrastructure network in the European Union, Transocean noted in a company statement at the time.

In October last year, Transocean revealed that it had committed to reducing operating Scope 1 and Scope 2 greenhouse gas emissions intensity by 40 percent from 2019 levels by 2030. The company stated at the time that this “critical initiative” was consistent with the technical leadership that Transocean has demonstrated over the years.

In its latest financial results statement, Thigpen outlined that, as Transcoean moved into 2022, the company was more optimistic than it had been in the past seven years.

“As a result, we are experiencing a growing list of opportunities from customers across the globe who value our high-specification floating fleet and our strong and consistent operating performance,” he added in the statement.