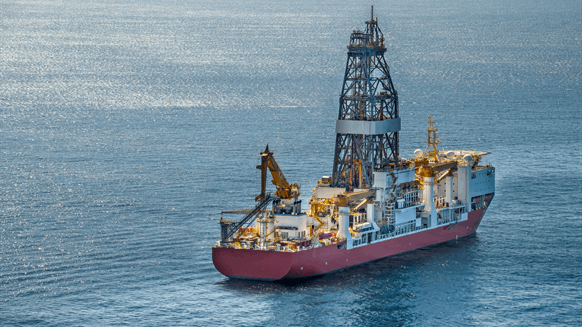 One of Transocean's units has formed a joint venture with Perestroika and funds managed by Lime Rock Management to buy a newbuild drillship from DSME.

Transocean, the international provider of offshore contract drilling services for oil and gas, said one of its units has formed a JV to buy a ultra-deepwater newbuild drillship. One of Transocean’s units formed a joint venture with Perestroika and funds managed by Lime Rock Management. The joint venture was named Liquila Ventures.

Hull 3623 is a high specification, 1400 short-ton hookload ultra-deepwater drillship. This seventh-generation dual-activity drillship will have a large deck space, high load capacities, and will be dual-stack ready.

Transocean has made a $15 million non-controlling investment in Liquila Ventures and maintains the exclusive right to market and manage the operations of the rig, which is expected to be delivered from DSME in the third quarter of 2023.

Transocean owns or has partial ownership interests in and operates a fleet of 38 mobile offshore drilling units, consisting of 28 ultra-deepwater floaters and 10 harsh environment floaters. The newbuild purchase comes shortly after the company reported a boost to its backlog in its October fleet status report. The backlog reached $7.3 billion after Transocean added approximately $1.6 billion of new fixtures in the U.S. Gulf of Mexico, off Brazil, Suriname, Norway India and the United Kingdom.

The company also recently reported a net loss of $28 million, for the three months ended September 30, 2022, and total contract drilling revenues were $691 million.