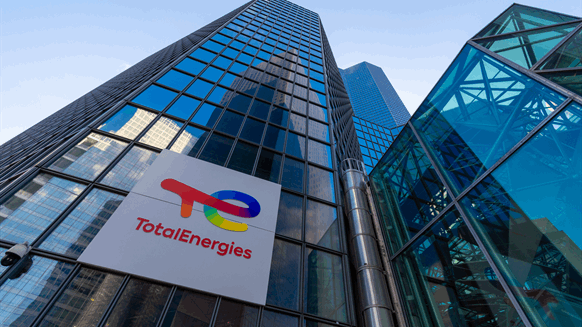 TotalEnergies' North Sea business chief said that the French firm would cut investment by a quarter next year due to the UK Government's windfall tax.

TotalEnergies’ North Sea business chief said that the French firm would cut investment by a quarter next year due to the UK Government’s windfall tax.

In a statement the TotalEnergies UK country chairman Jean-Luc Guiziou gave to Energy Voice, he stated that the move would see the company cut tens of millions of pounds from its North Sea investment plans for 2023. More precisely, TotalEnergies’ investment cut for next year equates to £100m.

This is a consequence of UK chancellor Jeremy Hunt increasing the Energy Profits levy – otherwise known as the windfall tax – to a total of 35 percent and extending it until 2028. As a result, oil and gas firms will now pay 75% tax in total on profits through to the end of that year, even if oil prices fall, in an attempt to raise around £40bn for the Treasury.

“Following another change to the fiscal environment for energy investors in the UK, we are now evaluating the impact of this change on our current and planned projects. We note that without a price floor to the EPL, the current regime will affect short-cycle investments, in particular infill wells. For 2023 alone, our investments will be cut by 25 percent,” Guiziou told Energy Voice.

Guiziou added that a competitive and stable fiscal and regulatory regime was “vital to investment in critical energy and infrastructure projects” that would help meet the UK’s energy security needs and net zero ambitions. “The energy industry operates in a cyclical market and is subject to volatile commodity prices. We believe that the Government should remain open to reviewing the energy profits levy if prices reduce before 2028,” he said in the statement.

TotalEnergies is not the only company that is seeing the levy impact its bottom line. Many producers saw their share prices drop since the windfall tax was introduced.

“The average UK independent producer has seen their share price fall by more than 20 percent since the EPL announcement. In the same period, the share price of the UK-listed majors has increased by almost 10 percent and US independents have seen an increase of over 25 percent. Increased pressure from our global providers of capital for geographic diversification should surprise no one,” Harbour Energy CEO Linda Cook said in a letter recently.

Additionally, Harbour was demoted from the FTSE 100 index to the 250 with the changes taking effect from the start of trading on December 19. Harbour’s share price drop also pushed the company to speed up its work on diversifying its portfolio worldwide as the UK-focused firm has been hard hit by the windfall tax.