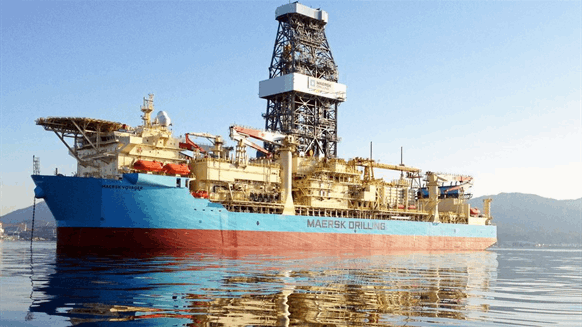 TotalEnergies has made a significant discovery of light oil with associated gas on the Venus prospect offshore Namibia.

French oil major TotalEnergies has made a significant discovery of light oil with associated gas on the Venus prospect, located in the Orange Basin offshore southern Namibia.

TotalEnergies said that the Venus 1-X well, located in block 2913B, encountered approximately 275 feet of net oil pay in a good quality Lower Cretaceous reservoir. The discovery sits in the Orange Basin, some 180 miles off the coast of Namibia, in the deep offshore. The well was drilled to a total depth of 20,650 feet.

The well was spud in early December last year using the Maersk Drilling-owned drillship Maersk Voyager and is the second discovery in Namibia’s offshore in quick succession as Shell struck oil earlier this month.

“This discovery offshore Namibia and the very promising initial results prove the potential of this play in the Orange Basin, on which TotalEnergies owns an important position both in Namibia and South Africa,” said Kevin McLachlan, Senior Vice President Exploration at TotalEnergies.

“A comprehensive coring and logging program has been completed. This will enable the preparation of appraisal operations designed to assess the commerciality of this discovery,” McLachlan added.

The Venus-1X discovery well was drilled by TotalEnergies as the operator and holds a 40 percent interest. QatarEnergy, Impact Oil and Gas, and Namcor are partners in the block with 30, 20, 10 percent.

One of the partners, Impact Oil and Gas, confirmed the oil discovery in a separate statement describing it as ‘world-class’.

“We are excited to announce the results of this world-class discovery, which has exceeded our pre-drill expectations. As Namibia’s second important discovery in recent weeks, it confirms the enormous potential of the Orange Basin as an emerging major hydrocarbon province,” Siraj Ahmed, Chief Executive Officer of Impact, said.

“We congratulate TotalEnergies, as operator, for safely drilling the Venus-1X deep-water well. We would also like to congratulate our partners QatarEnergy and Namcor, as well as the Ministry of Mines and Energy for their steadfast support over the years. We look forward to continuing this collaborative relationship with our joint venture partners, as we evaluate the next phase of the program to unlock the full potential of this acreage,” Ahmed further stated.

“This play-opening discovery firmly places the deep-water Orange Basin as one of the world’s most exciting areas for hydrocarbon exploration and validates Impact’s focus on the highly prospective Southern Africa Cretaceous oil and gas play, which extends from southern-most Namibia to the east coast of South Africa,” Philip Birch, Impact’s Exploration Director, commented.

It is worth noting that Impact also holds a working interest in the adjacent Block 2912, where it is partnered with TotalEnergies, QatarEnergy, and Namcor.

This discovery confirms Namibia as a potential new exploration hotspot. As previously stated, Shell with its Graff-1 well struck oil very recently. The discovery, according to Managing Director of Namcor Immanuel Mulunga, put to rest ‘doubts about the hydrocarbon potential of Namibia and opened a new dawn in the country’s future prosperity.’

Shell also stated at the time that it would conduct further exploration activity and drill a second exploration well to determine the extent of the system and how much of the hydrocarbons could be recovered.