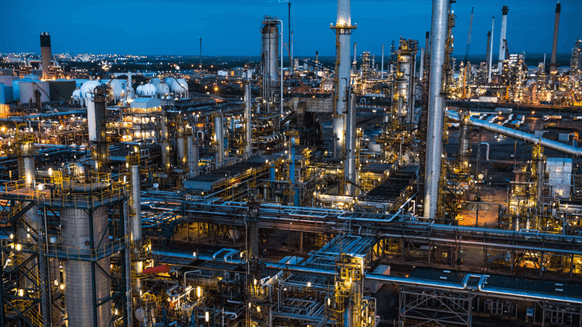 The Lindsey refinery, above, is located in Immingham, U.K. PHOTO SOURCE: Prax Group

Total reported Monday that is has agreed to sell it the Lindsey refinery and associated logistic assets, rights and obligations to the Prax Group.

According to Total’s website, Lindsey is the company’s only refinery in the U.K.

“This transaction is in line with our forward-looking strategy for Total’s European refining base, which involves focusing our investments on integrated refining and petrochemical platforms,” remarked Bernard Pinatel, president of Total Refining and Chemicals, in a written statement emailed to Rigzone.

The Immingham (Lincolnshire), England refinery, which boasts 5.4 million tons per year (109,000 barrels per day) of production capacity is 100-percent owned by Total, the company stated. Total added the acquisition will help Prax – an independent British group with a growing network of 150 service stations and numerous supply chain assets – become more integrated and competitive in the U.K. and secure its local oil products supply.

“Since the sale of our British retail network in 2011, the Lindsey refinery hasn’t been part of Total’s downstream system, it will be put to better use within the Prax Group, an independent player with a growing U.K. network,” stated Pinatel. “After considering several options for the future of the Lindsey site, Total chose the one that best protects local jobs.”

In a separate written statement, Prax noted the 52-year-old refinery will hold a central function within its strategic network. It added the transaction will bring new investment to the facility, which Total last modernized and streamlined in 2015. Also, it pointed out the acquisition includes the Finaline pipeline and the Killingholme loading terminal.

“The Prax Group’s long-term strategy is to be fully integrated across the oil value chain from upstream to downstream,” commented Prax Group CEO Sanjeev Kumar. “Acquiring Lindsey Oil Refinery is a natural progression for the Prax Group, providing the opportunity to integrate the refinery and associated product flows into the company’ U.K. distribution and retail footprint, which operates under the Harvest Energy brand. We look forward to continuing to provide a secure supply of energy to new and existing customers.”

Approximately 400 employees and 350 contractors work at the site, Prax stated.

“We are committed to all Lindsey Oil Refinery employees, who are a key element for the future success of the refinery,” noted Kumar.

Total and Prax expect the acquisition to close by the end of this year.