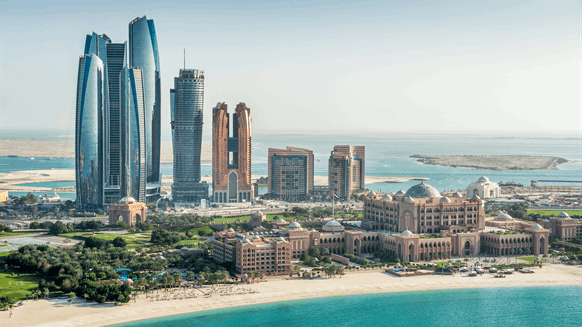 As part of the deals, Total has been granted a 20 percent interest in the Umm Shaif & Nasr concession and a five percent stake in the Lower Zakum concession offshore Abu Dhabi, effective March 9, for a total participation fee of $1.45 billion.

Located about 83 and 40 miles off the coast, respectively, Umm Shaif and Lower Zakum account for around 20 percent of Abu Dhabi production. The new interests will provide Total with additional production of 80,000 barrels of oil per day.

In addition to the Umm Shaif and Lower Zakum agreements, Total has also extended its concession with ADNOC in the offshore Abu Al Bu Koosh field, operated by Total with a 100 percent interest, for three more years. This field produces approximately 10,000 barrels per day.

“These agreements represent another major milestone in our long-standing partnership with Abu Dhabi and ADNOC that dates back to 1939,” Patrick Pouyanné, chairman and CEO of Total, said in a company statement.

Following the signing of the agreements, the Total CEO also took to Twitter to express his pride at Total becoming ADNOC’s largest international partner.

🇦🇪🇫🇷 @AdnocGroup & @Total just signed major Offshore Concession Agreements! I am proud that after 80 years of presence Total has become ADNOC’s largest international partner. This deal (+ the 2015 Onshore Concession) confirms our commitment to #AbuDhabi for the next 40 years! pic.twitter.com/fG90bGPpLz

#ADNOC CEO: Today’s agreements with @Total mark an important step to further strengthen our value-adding partnership with one of the world’s largest integrated upstream and downstream companies pic.twitter.com/i5otF2uQfq

Earlier this month, oil and gas supermajor Eni SpA announced that it had signed agreements to acquire a five percent stake in the Lower Zakum offshore oil field and a 10 percent stake in the oil, condensate and gas offshore fields of Umm Shaif and Nasr. These agreements are for a duration of 40 years and include a total participation fee of around $875 million.