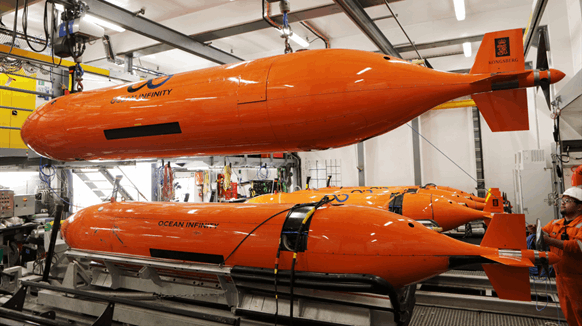 Ocean Infinity, which recently expanded its fleet with autonomous underwater vehicles and advanced battery technology, notes in a written statement that it will conduct 2D ultra high-resolution seismic surveys and seabed soil sampling in the blocks.

“We are delighted to be supporting Total E&P in Angola with this project and that our ability to provide answers for the offshore energy sector continues to be recognized,” commented Paul Helmore, Ocean Infinity’s chief commercial officer. “Being awarded this project further confirms that our innovative technology-driven approach is continuing to meet the growing demand for higher value and lower-impact methods to acquire ocean data.”

According to Total’s website, deep offshore Block 17 is the company’s primary asset in Angola and comprises the Girassol, Dalia, Pazflor and CLOV fields. In addition, the firm states that ultra-deep offshore Block 32 includes the six-field Kamba development hub. Total owns a 40-percent interest in Block 17 and a 30-percent stake in Block 32.

“We are excited to be working with Total on this project to gather data in the most innovative way the industry has seen,” concluded Helmore.