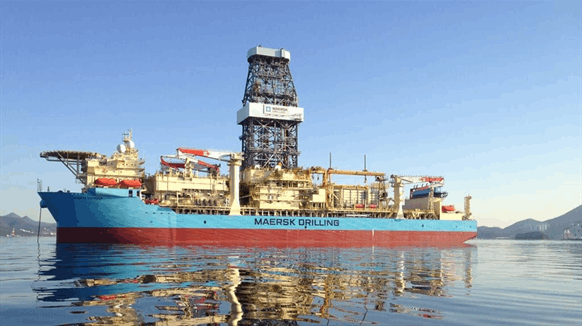 Under the estimated 140-day contract, the Maersk Voyager will drill three development wells in Angola’s Block 17, Maersk Drilling reported Tuesday in a written statement. The drilling contractor added the approximate firm value of the contract is US$30 million, including integrated drilling services.

“We are delighted to add three more wells to Maersk Voyager’s work scope in Angola where our operations were re-started in late August following a suspension period due to the restrictions imposed to combat the global pandemic,” commented Maersk Drilling CEO Morten Kelstrup.

According to the drilling contractor, the two one-well options included in the drillship’s previously agreed work scope for Total E&P remain. The Maersk Voyager commenced operations offshore Angola for Total E&P in January of this year, the firm added. A Bloomberg article posted to Rigzone at the time stated the drillship would be used to “drill the world’s deepest offshore well.”

“We’re happy to go back to work in collaboration with the local partners we have engaged to support the campaign,” stated Kelstrup.

Delivered in 2014, Maersk Voyager is a high-spec ultra-deepwater drillship that has been operating offshore Africa for five years, Maersk Drilling noted. The Samsung 96K-designed vessel previously was under contract to Eni (NYSE: E) off Ghana and can drill to 40,000 feet (12,000 meters) in up to 12,000 feet (3,657 meters) of water, the firm’s website states.