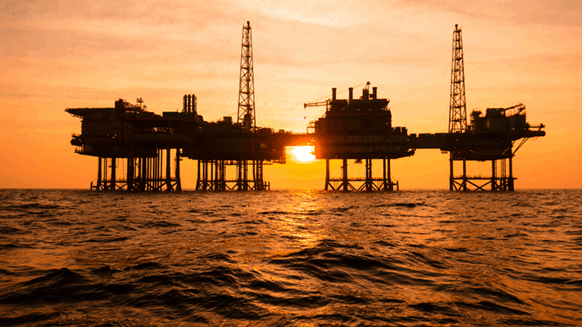 A combined Chevron and Anadarko entity would take first place in a table of top 2019 Gulf of Mexico equity producers, Rystad Energy has confirmed.

The combined entity would produce just over 400,000 barrels of oil equivalent per day from the region, according to Rystad Energy, which listed BP plc and Royal Dutch Shell plc as second and third in the list, respectively. Equinor ASA and Fieldwood Energy LLC placed fourth and fifth, respectively, in Rystad Energy’s rankings.

The remaining companies in Rystad Energy’s top 10 list of 2019 GOM Equity producers can be seen below. Companies are placed in order.

8. The combined Murphy and LLOG entity

On April 12, Chevron revealed that it had entered into an agreement to buy Anadarko. The deal would shake up the U.S. upstream sector, creating a company that rivals ExxonMobil domestically, according to GlobalData.

Following the agreement, Occidental Petroleum Corporation made a proposal to acquire Anadarko on April 24. Occidental’s proposed Anadarko deal would put the company alongside ConocoPhillips in a peer group of two as a “super-independent”, according to Zoe Sutherland, a corporate analyst at Wood Mackenzie.