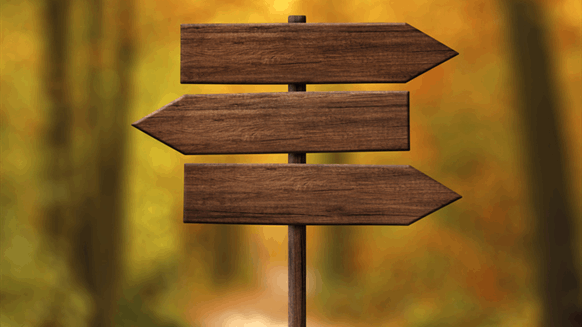 IHS Markit has outlined three potential oil market scenarios in a note which was sent to Rigzone on Monday.

One scenario, called ‘truce and eventual demand recovery’, sees a supply truce emerging between Saudi Arabia and Russia, which leads to “some production restraint” but output remaining above early 2020 levels. Under this scenario, world oil demand growth returns by the third quarter of the year “with prices in the $40-$50 range”.

Another scenario, called ‘prolonged demand decline-no supply restraint’, outlines an “unprecedented” billion-barrel supply surplus emerging as global demand falls by five million barrels per day for the year. In this scenario, prices fall to the lowest levels “in a generation” when the surplus is at its peak and U.S. production begins a steep decline.

IHS Markit’s other scenario, labeled ‘rapid recovery and reconciliation’, sees the world economy and oil demand in “recovery mode” by mid-year. As part of this scenario, oil prices are buoyed by the restoration of OPEC+ alliance production restraint.

According to IHS Markit’s latest note, the “current situation” points to the possible buildup of the “most extreme” global oil supply surplus ever recorded. The company estimates that, if the price war continues amidst a global recession and coronavirus crisis, the surplus could range between 800 million and 1.3 billion barrels in the first six months of this year.

In a separate note sent to Rigzone on Monday, Jefferies revealed that it expects to see the most oversupplied oil market in the modern era in the first half of 2020. The company added that a “rapprochement” between the Saudis and Russians could still happen but insisted that the base case for oil prices is “bleak”. Jefferies cut its Brent forecast to $41 in 2020 and $48 in 2021, the note revealed.

OPEC+ is currently scheduled to meet in early June, according to OPEC’s website. It’s not yet clear if the meeting will go ahead, however, after the coalition failed to reach an agreement at its last meeting in March.