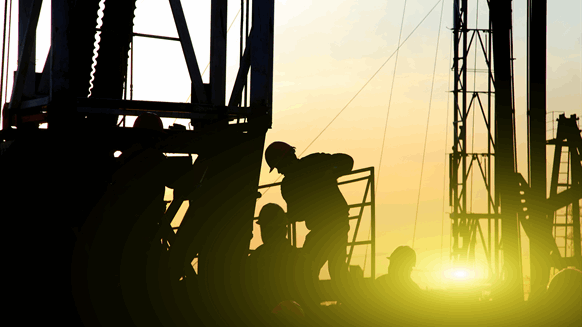 The list of top upward movers among drilling contractor stems from Rigzone’s most recent Ideal Employer Survey, which compiled 6,621 oil and gas professionals’ insights on current market conditions. The industry pros, who represented 2,990 different companies in more than 100 countries, completed the survey from June to November 2017. The sources of information about the drilling contractors below include company websites and publications such as earnings reports.

Operating across six continents, Ensco states that its offshore fleet is the world’s largest and that the age of its ultra-deepwater fleet averages just six years. The fleet includes:

In 2017 Ensco acquired Atwood Oceanics, Inc. Ensco previously said that acquiring Atwood Oceanics added several high-specification assets to the fleet and solidified their position in the ultra-deepwater segment of the market by adding two versatile semisubmersibles and four of the highest-specification drillships in the global fleet today. The company has also stated that these rigs are equipped with technologies that increase efficiencies for clients and are capable of completing the most complex well programs.

When Ensco announced its 2017 earnings earlier this year, CEO and President Carl Trowell noted that the drilling contractor’s offshore crews and onshore employees achieved a number of operational and safety milestones.

“Operational uptime was 99 percent for the second consecutive year and we set a new company record for safety performance by lowering our total recordable incident rate to 0.15, significantly outperforming the industry average that increased year over year,” Trowell stated. “This strong operational and safety performance … helped us to win 15 percent of the new rig years awarded globally – more than any other offshore driller and double that of our nearest independent competitor.”

In a recent press release, Ensco announced that it earned first place for total customer satisfaction for the eighth consecutive year in the Offshore Drilling segment of the Oilfield Products and Services Customer Satisfaction Survey conducted by EnergyPoint Research. The company, which noted that it received top honors in 12 of 18 categories, stated the independent annual survey is the industry benchmark for measuring customer satisfaction across the global oilfield and comprises thousands of in-depth evaluations.

Ensco, whose employee headcount is approximately 4,600, told Rigzone that it offers competitive benefits, training programs and a Competency Assurance Program that has been accredited by the International Association of Drilling Contractors. The London-headquartered company’s corporate offices are in Houston. In addition, it maintains major operational offices in Angola, Brazil, Scotland, Singapore, United Arab Emirates and the United States.

According to Nabors, the company owns and operates one of the world’s largest land-based drilling rig fleet. Moreover, it is a leading provider of offshore platform workover and drilling rigs in the United States and numerous international markets. Operating in 28 countries, Nabors also provides directional drilling services, performance tools and various technologies throughout many of the most significant oil and gas markets. As of April 16, Nabors’ assets include 407 land drilling rigs and 31 offshore platform rigs.

Since the previous Ideal Employer Survey, Nabors has completed much of its U.S. Lower 48 rig upgrade program. In recent years, the company’s upgrades included:

Increased automation of routine surface tasks and integration of the rig and downhole processes has been an intense development effort by Nabors since 2011, when Anthony G. Petrello assumed the Chairman, President and CEO role. The outcome of this effort has begun to penetrate the drilling market. Nabors’ proprietary enabling software is installed across its rig upgrade and new build programs, allowing the company to integrate the surface systems of its rigs with downhole tools and technologies. Moreover, it is integrating services into its high-performance rigs that historically required an extra layer of contractors.

Matthew Williams  |  May 25, 2018
In relation to statistics we have to remember the number of personnel that are employed by the company, then the amount of people who answered the survey. In real time terms rather than numbers. It would be nice to see the oil and drilling companies sustain employment over longer periods of time rather than sporadic boom and bust periods. As much as it is about performance, productivity and safety, wonder where they score in investment in the countries and communities. Paying their bills, including taxes instead of avoiding them. I enjoy working in the industry, when I am working and the men I work with are stars in their own right. I don't brown nose, wear an apron and lift my trouser legs either. It would also be interesting to find out how many individuals are contracted on different pay scales but doing the same job. The amount of Job Descriptions that have changed and increased in responsibility but the wages have been lowered or remained the same for years. I am not here to criticise any specific companies just the industry as a whole, sadly it's all about the profit and anything they can get away with they will. Safety programs are tongue in cheek a lot of the time and the mindsets of the personnel are negative towards the blame game. Safety should be more about what we get right, how we can improve and not who should have done it right first time. The paperwork now takes a lot longer to do than the job.
RELATED COMPANIES
Company: ENSCO International Incorporated more info
Company: Saipem more info
Company: Nabors Drilling more info