This Will Be The Decade Of Energy Storage, Woodmac Believes 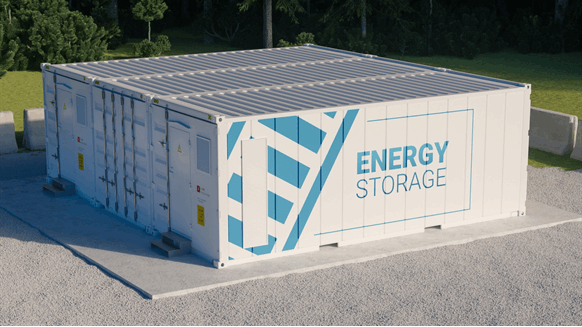 The 2020s will be remembered as the energy storage decade. By 2030, the installed energy storage is supposed to increase fifteen-fold when compared to 2021.

The 2020s will be remembered as the energy storage decade. By 2030, the installed energy storage is supposed to increase fifteen-fold when compared to 2021.

At the end of 2021 about 27 gigawatts/56 gigawatt-hours of energy storage was installed globally and by 2030, that total is expected to increase to 411 gigawatts/1,194 gigawatt-hours.

A report made by Woodmac and Sungrow stated that an array of drivers is behind this massive influx of energy storage. Arguably the most important driver is necessity – by 2050, nearly 90 percent of all power could be generated by renewable sources. Sufficient energy storage will be vital to balance such large volumes of variable generation from wind and solar.

In the US, public policy is also an important driver of more ambitious energy storage deployments. The recently-passed Inflation Reduction Act (IRA) delivers much-needed certainty to the energy storage market by providing a 30 percent Investment Tax Credit (ITC) for the next decade for projects that pair solar-and-storage as well as standalone storage installations. In the past, only solar-plus-storage projects qualified for the ITC.

After the passage of the IRA, Wood Mackenzie upgraded its US energy storage market forecast to over 191 gigawatt-hours between the years 2022 and 2026.

Maximizing the value of energy storage

While it’s clear that the demand and need for energy storage will only become more acute in coming years, it’s also important to know that not all storage technologies are created equal. In fact, the decision about which storage technology to deploy will have important consequences when it comes to installation costs, levelized cost of energy (LCOE), performance, operations, and maintenance (O&M), and safety.

The implications of technology choice are particularly stark when comparing traditional air-cooled energy storage systems and liquid-cooled alternatives, such as the PowerTitan series of products made by Sungrow Power Supply Company. Among the most immediately obvious differences between the two storage technologies is container size.

“If you do air cooling, then you must have these massive air duct aisles to deliver the air because air has such a horrible specific heat capacity. But water has one of the best specific heat capacities of any material, which means you can have a small pipe that is enough to cool 2.7 megawatt-hours of battery modules. Since that pipe occupies an insignificant amount of space, that means we can shrink the container down to the bare minimum size,” says Neil Bradshaw, a senior technical sales manager at Sungrow.

In fact, the PowerTitan takes up about 32 percent less space than standard energy storage systems. Liquid-cooling is also much easier to control than air, which requires a balancing act that is complex to get just right. The advantages of liquid cooling ultimately result in 40 percent less power consumption and a 10 percent longer battery service life.

The reduced size of the liquid-cooled storage container has many beneficial ripple effects. For example, reduced size translates into easier, more efficient, and lower-cost installations. The smaller size also provides greater flexibility in designing where storage systems can be installed.

“You can deliver your battery unit fully populated on a big truck. That means you don’t have to load the battery modules on-site. It’s basically all pre-done and you just set it on the ground,” Bradshaw says.

Energy storage will only play a crucial role in a renewables-dominated, decarbonized power system if safety concerns are addressed. The Electric Power Research Institute (EPRI) tracks energy storage failure events across the world, including fires and other safety-related incidents. Since 2017, EPRI has chronicled 50 commercial and industrial (C&I) and utility-scale failure events.

With the lithium-ion storage systems that dominate the market today, the primary safety concern is thermal runaway. At a basic level, this occurs when a failure leads to overheating inside a battery cell. This can result in the generation of a lot of heat and a self-accelerating reaction that can lead to fires or explosions. There are numerous causes of thermal runaway, including internal cell defects, faulty battery management systems, and environmental contamination.

“If you have a thermal runaway of a cell, you’ve got this massive heat sink for the energy be sucked away into. The liquid is an extra layer of protection,” Bradshaw says.

PowerTitan storage systems have withstood rigorous testing to ensure their ability to protect against thermal runaway.

“Part of our testing is purposely forcing the cells into thermal cascade and removing the liquid cooling from operation,” Bradshaw says. “We raise the temperature to 400 degrees Celsius at 5 degrees Celsius per minute. We get three or four or five cells in a cascade and then we remove the heat source and observe what happens. Our goal is that the cascade runs itself out.”

Safety is obviously the highest priority for any battery energy storage system. But an important differentiator for the safest of systems is performance. In that regard, the PowerTitan technology has distinct advantages. One is the inclusion of DC-DC converters at the string level.

The reason – string-level management means that a few underperforming or faulty cells won’t harm the overall battery system’s performance. For example, an underperforming cell impacts the overall capacity of the string. “We can isolate this effect to one string using DC-DC at the string level. That’s a big difference to the bottom line for the customer. The DC-to-DC converters on the string level isolates that issue so that it doesn’t impact everything else,” Bradshaw says.

This means that a cell performing 20 percent under capacity will only impact its string, rather than reducing the capacity of 24 or more strings by 20 percent.