This Isn't Your Father's Oil and Gas Rig Count 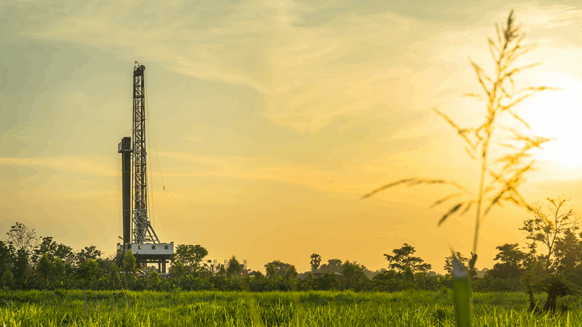 The industry's advance beyond the rig count indicating production growth has complicated things for forecasters.

Every Friday, the Baker Hughes oil and natural gas rig count gets released. This is vital field information that energy analysts eagerly await. In essence, the count is supposed to convey the current thinking of the U.S. oil and gas industry. As it is supposed to go, higher oil prices mean higher rig counts which mean higher production. And in the opposite direction, lower prices mean less rigs and falling production. While it is true that more rigs usually enter the fields when prices go up, it can take months of higher prices before drillers are confident enough to bring additional rigs into service. And there is also a lag time with dropping prices, not immediately dragging the rig count lower. Many times lower prices just mean removing the less efficient rigs from the field.

There is an evident connection between the U.S. oil-directed rig count and prices (see Figure 1). As measured from -1.0 to +1.0, the Correlation Coefficient for these two variables measures a strong +0.85, with both moving in the same direction up or down. Yet to be sure, incredible efficiency gains in the U.S. shale industry over the past five to seven years have changed things a bit. Burdened with a crushing low price environment from 2014 to 2017, the U.S oil and gas business faced a simple option: either improve operations and significantly cut costs or ready the bankruptcy papers. The innovations of shale companies continue to surpass anything thought possible. For production, the progress has been clear. The powerful combination of faster and better horizontal drilling and hydraulic fracturing has helped grow output even when the rig count falls (see Figure 2). Depending on the play, of course, numerous shale companies can at least breakeven when oil prices are in the $40 range, or when gas prices sit below $2.30. In fact, ongoing improvements for shale might be the most underestimated reality in our national energy-environment discussion. Renewable energy technologies like wind and solar will not be competing with oil and gas as they are now but as they will become. For example, just look at the month of November for 2013 versus 2019. In 2013, 1,385 oil rigs were yielding 8 million b/d of crude. In 2019, however, 680 rigs were producing a whopping 12.8 million b/d. In other words, over a six-year span, the number of oil rigs was sliced in half yet crude output jumped 60%. The industry’s advance beyond the rig count indicating the direction of production has complicated things for forecasters. Modelers are now forced to look at a dozen or more factors to consider where the industry is heading. Such metrics like frac sand and hiring statistics, for instance, have become centerpieces.

Most can agree that we cannot really blame analysts for being so wrong about the shale revolution, a deficiency likely to continue on into the coming decade. Going back to 2007, for instance, shale was not even being mentioned as a potential source of major new supply. While probably growing slower in 2020, the industry has transformed global energy markets in ways never thought possible – not even by the oil and gas companies themselves. This helps explain why the IEA forecasts that the U.S. will account for 85% of new global crude output and 35% of new natural gas through 2030. For finances, WTI prices sticking above $65 or $70 would be just the boost the shale industry needs. Ultimately, it will be a burgeoning U.S. export business that will mandate new output. The EIA has domestic gas demand rising 1-2% per year for decades to come, while the country’s oil use will remain flat or even decline slightly.

Ian Joel  |  January 11, 2020
As per usual, forecasters sit in ivory towers, never get out of their office chair and expect the world to take their findings as legit - Just like weather forecasters, getting paid for 95% crap
Ron Mack  |  January 11, 2020
No correlation between rig count and production these days. A lot of production work, eg stimulation, fraccing is done rigless these days so the rig count is not really valid any more. Drilling rig count would be a useful factor, at least analysts can see who is drilling and who is scaling down exploration and development wells..
Alan Fortune  |  January 08, 2020
Hi, It appears MOST people do not understand that a rig discovers the O&G, & installs the equipment for production. It is NOT necessary for a rig to be on a well for production to continue in most circumstances. Yes, I do know what I am talking about as I have been in the drilling industry for over 50 years, worldwide, including the US.
r.j. sigmund  |  January 08, 2020
on the comparison of rig count vs production, 2013 and 2019; many of the wells drilled during the years when the rig count was high were not completed until later years, completions remained high..
Krishnan  |  January 08, 2020
Your comparison of rig count vs production on 2013 and 2019 is meaningless. Rig count is a least factor in enhancing the production
RELATED COMPANIES
Company: Baker Hughes more info