The Plastics Backlash has Some Oil Giants Worried 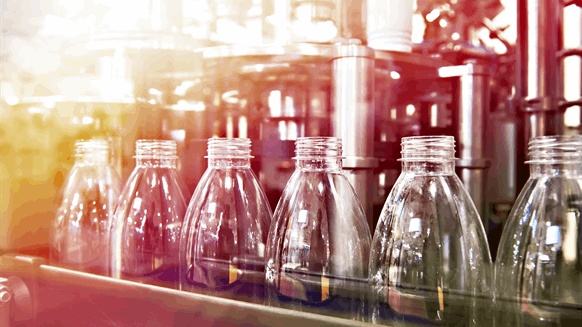 Recycling and bio-plastics are set to impact the future of global oil and gas demand.

Faced with sooner than anticipated peak demand from transportation, industry, buildings and the power sector, BP Plc, Total SA and Exxon Mobil, amongst others, are investing in factories and refineries that convert fossil fuels into plastics and chemical feedstocks--a sector that is, according to the BP Energy Outlook 2019 “the single-largest projected source of oil demand growth in the next twenty years.” Indeed, the EIA expects U.S. demand for feedstock to increase from 40 million metric tons a year today to 60 million by 2040.

Royal Dutch Shell PLC is thought to have invested at least $6 billion in a chemical processing plant to produce ethane and polyethylene feedstocks in Western Pennsylvania. Similarly, Exxon Mobil plans to spend $20 billion over the next decade on a series of petrochemical complexes and refineries on the Gulf Coast. Likewise, traditional crude oil producers and refiners see a bright future in chemicals and plastics. For example, Saudi Aramco, is planning to invest some $100 billion over a decade, aiming to convert about 2-3 million barrels of crude oil per day directly into petrochemical products. Indeed, Saudi Aramco recently forked over $70 billion to acquire Sabic, a Saudi petrochemical giant, to help it become “the leader in energy and chemicals” according to Amin Nasser, Aramco CEO.

It is not just oil companies that see a future in chemicals. Oil refineries are being built to focus on chemical products rather than fuel. For example, China’s Hengli Petrochemical Co. and Rongsheng Petrochemical Co. will devote as much as half of their capacity to chemicals, mostly paraxylene, a material that China imports to make polyester and plastic bottles. That’s a sharp increase from the 10 percent chemical production at a typical refinery and as much as 20 percent at modern refineries integrated with chemical plants.

Quite unexpectedly, the oil industry's recent investments into increasing plastic and chemical feedstock capacity is not looking as bright, as this strategy is threatened by the worldwide consumer response to plastic polluting oceans and clogging rivers as highlighted by government discussions in Europe, India, China and some U.S. states to ban single-use plastics.

According to Paul Bjacek, a principal director at consulting firm Accenture Plc, increasing implementation of plastics recycling and plastic bans could cut petrochemical demand growth to one-third of its historical pace - to about 1.5 percent a year.

In addition, demand for fossil fuels from the chemicals industry is likely to fall as an increasing number of sustainable bio-fuels, bio-lubricants, bio-chemicals and bioplastics come on the market. Taking advantage of the trend towards sustainability, the Italian oil company Eni SPA has invested heavily in a bio-petrochemical plant at its refinery in Porto Marghera near Venice, using vegetable oil and biomass.

As for the future

Meeting the challenge of more energy with fewer emissions has encouraged oil companies to invest in renewable energy. The increasing focus of oil company’s refineries on the production of chemicals instead of fuel, is a direct response to the anticipated decline in demand as governments around the world mandate an end to production of new combustion engine vehicles, perhaps as soon as 2030.

In parallel, heightened public concern over pollution from plastics is encouraging the chemical industry to invest in production of bio-technologies and recyclable products and manufacturers and retailers are responding with plans to reduce plastic packaging. If current trends continue Christof Ruehl, the former head of research for the Abu Dhabi Investment Authority, foresees a 20 percent cut in oil demand and should a “war on plastics” really take off; in the process, the oil majors could be badly stung.

Rollie  |  July 12, 2019
Plastic pollution is largely caused by the US And EU selling plastic waste to Asia for recycling in an effort to get rid of it cheaply. This needs to be understood better by the public.
Richard  |  July 11, 2019
Plastic manufacturers share a large blame for single use products. Additionally, they put together ingredients so that single use products cannot be recycled due to the quality of plastic that they create to be the cheapest there is. Technology will play a large role in increasing the recyclability of plastic.
BJ Squirrel  |  July 09, 2019
Plastics are NOT coming from 3rd world-they are coming from the US/us-recycling is a sham-3rd world is rejecting us dumping our trash on their lands & people! Wake up single use is KILLING us
LT  |  July 09, 2019
Unfort. it's the money view that gets attention.These massive investments in petro infrastructure projects are majorly misleading stakeholders.Let's focus on waterdrinkers as the real stakeholders.
Ken  |  July 08, 2019
Blaming plastics manufacturers for plastics pollution, which is caused primarily by Asian and Far East end users, is like blaming vehicle manufacturers for DUI's and firearms manufacturers for shootings...
Mona Morales  |  July 06, 2019
Environmental concern has long been a world focus so investing in plastic production was not a wise decision.
paul Savill  |  July 05, 2019
Perhaps the question that should be asked is why the oil companies are only now noticing that customers and governments have moved on to other products and technologies. Change has been on the agenda for some significant time.
Charles Drobny  |  July 05, 2019
The links between finished plastic products that end up as waste and the pellets from which they are made remain difficult or impossible to identify. But expect the backlash to intensify.
EDUARDO BARRETO  |  July 05, 2019
Aprovechemos las bondades de la tecnología,que todos los dias avanza para seguír utilizando los recursos naturales,mejorar nuestra calidad de vida,y, no dañar el medio ambiente.Los empresarios,inversionistas,y,consumidores nos beneficiamos de igual manera,si el planeta tierra está sano.
Rod Kerr  |  July 05, 2019
What about biodegradable plastics?
Butch  |  July 05, 2019
It is true that plastic pollution is a problem. But studies have already shown that most plastic pollution comes from third-world countries. If they won't clean their own mess up, cut them off the plastics. That shouldn't hurt the plastic producers.
Alan Flavelle  |  July 05, 2019
Yet we have technology that can transform plastic into useful chemicals. Great scheme except that people must be persuaded to put their plastic in the right bins
Stephen Lovelady  |  July 04, 2019
My question to world chemical manufacturers... Why not reverse engineer plastics back unto its components to reuse? After all, you made it. You can also unmake it. The world could be a lot better off.
RELATED COMPANIES
Company: BP plc more info
Company: Exxon Mobil Corporation more info
Company: Saudi Aramco more info
Company: ENI more info
Company: Royal Dutch Shell plc more info