The Outlook for US Oil and Gas Production 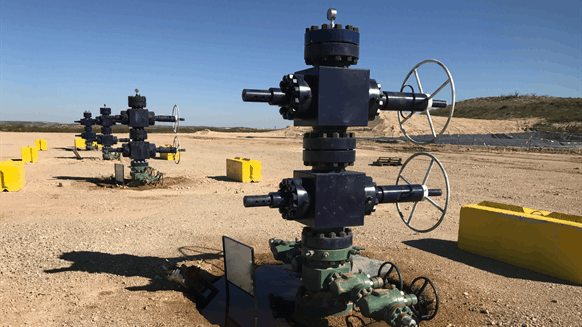 Longer-term, the outlook for US production is not all gloom as domestic demand will clearly return.

“Companies go bankrupt, but rocks don’t go bankrupt. When this all shakes out, there will be other people to develop shale,” Daniel Yergin, Legendary oil historian, end of March 2020

The COVID-19 pandemic rightfully dominates the news, but as we close in on a peak, the light at the end of the tunnel will emerge. At some point, energy markets and the global economy will come roaring back. For U.S. shale stuck in the Saudi-Russia price war, extremely low prices today present the ultimate test. The industry, however, could emerge stronger than ever before. The price collapse of 2014-2017, for instance, has installed a lean, mean shale-extracting machine. In 2019, U.S. crude production jumped 1.3 million b/d (12 percent) despite prices falling 12 percent. Even with the ravaging of COVID-19, U.S. production for crude (13.1 million b/d) and gas (93 Bcf/d) remained at record levels in March.

For sure though, new output this year and even next will but a struggle – but a slowdown in growth seems advisable. After all, global oil production and demand has fallen significantly this year. But as the oil adage goes, “if oil is too cheap today, then it will be really expensive in the future.” A lack of investment from COVID-19 should be the catalyst for returning to normalcy. Make no mistake: with hundreds of billions of barrels at least, the U.S. still has many decades of oil to produce.

Buoyantly very high U.S. oil demand and rising needs for gas beget the requirement for more domestic output. Globally as well, any decline in consumption is about poor economic conditions, not any structural change in use patterns. Wind and solar, for instance, are strictly sources of electricity and do not displace our need for oil, an indispensible liquid fuel that drives 95 percent of our transportation sector. Even if oil prices more than double, still cheap gasoline from crude will continue to make expensive electric cars even less attractive. EIA’s Annual Energy Outlook 2020 has domestic crude production staying very high for decades to come (Figure), with higher prices enabling even more. For natural gas, sub-$2.00 prices since mid-January have stagnated production. While output increased ~13 percent in 2018 and ~11 percent in 2019, new supply this year and next might not materialize. Hedging programs are beginning to roll off, and there is a general belief that prices must climb to at least $2.35 for the industry to regain an upward trend (that is still a very low price). Accounting for 20-25 percent of total U.S. gas supply, “associated gas” in Texas will be burdened by lower crude prices and plummeting rig counts. Yet, capturing flared gas and the fact that oil wells turn “gassier” as they mature should help compensate.

Longer-term, remain bullish on U.S. gas production: domestic demand will be clearly be there. Gas is a rising 45 percent of U.S. power generation capacity and will set another record for power burn this summer, as coal and nuclear units continue to retire. In fact, it is such low prices themselves that are giving gas a competitive advantage over still intermittent and more expensive renewables and their needed battery storage systems. Apparently quietly so, gas used for electricity over the past five years has soared 40 percent to reach 31 Bcf/d, made even more remarkable since total U.S. electricity demand remains flat (~4,050 TWh).

And still waiting in the wings, there are hundreds of billions of dollars worth of new U.S. manufacturing projects primed to utilize cheap ethane from shale gas for ethylene, the building block of plastics and other industrial products. Although troubled right now, the U.S. LNG export boom is also playing the long game to ultimately become the world’s largest supplier within five years or so. No wonder then DOE holds average annual gains for U.S. gas production at ~2 percent. Simply put, the country will have to produce: DOE models oil and gas supplying at least 60 percent of U.S. energy for as far out as it goes (2050).

alan john connon  |  May 02, 2020
Corona virus shut down demand has caused far more damage than Saudi/Russia price war to the price of crude. Long before Corona & price war greedy US Shale producers ramping up production caused the price of crude to drop where it became virtually impossible for offshore drillers & producers to survive. Shale killed the offshore drilling industry especially deep water. Just look at the situation with all offshore drillers that went bust long before the situation now working their rigs at break even or at a loss & high $ brand new rigs sitting idle all over the world. Check their 5 year stock price charts & day rates, you will see! How many good people have lost their jobs directly & indirectly due to offshore drilling cut backs? Shale killed offshore drilling & production & thats a fact! Now shale are whining cos the price is 20$.....what you sow, so shall you reap comes to mind!
Edward J. Kronenberger  |  April 30, 2020
A refreshing reality reminder. Well written and succinct. Keep it up!