The Oil and Gas Industry Wakes Up to Blockchain 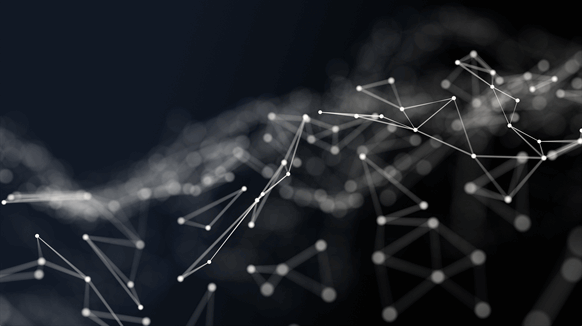 Blockchain has emerged as a powerful ledger platform that reduces enormous complexities in the supply chain.

Oil and gas executives prepare for the different ways blockchain is expected to disrupt the sector, analysts say.

Executives are stepping up their investments in blockchain on an industry-wide scale, as awareness of the platform becomes pervasive in the industry and companies begin to apply “deeper thinking” to its potential real-world use and applications, David L. Shrier, a lecturer and futurist at the Massachusetts Institute of Technology (MIT), said.

“We have seen a rise in the number and sophistication of engagement around blockchain just within the past six months. It's partly driven by more startup companies entering the market with products, and partly awareness about blockchain from more media coverage,” Shrier said. “Blockchain is a transformational technology on par with artificial intelligence in its potential scope and impact, and we expect to see the adoption trend to continue and accelerate in the next three to five years.”

Blockchain serves as a shared database that eliminates the role third parties play in transaction processes and information sharing in a number of ways. Technology, inventories, contracts, payments and other data is shared directly between parties with encrypted connections. Commodity exchanges on blockchain, for example, can support oil and gas trading directly between parties anywhere in the world, while removing the role banks, brokerage firms or other intermediaries have traditionally played.

Oil and gas executives began to show a wide-scale interest in blockchain as early as last year. According to a seminal Deloitte Consulting report published in 2016, for example, 55 percent of oil and gas executive surveyed already agreed blockchain is required to retain a competitive advantage, while 45 percent acknowledged its disruptive potential.

During a recent summit in Shanghai, Tyler Smith, head of blockchain’s rollout for BHP Billiton said the company uses blockchain to document its resource samples has replaced email and spreadsheet data logs with a single ledger, improving resource tracking, delivery tracking and other supply chain efficiencies.

In November, a consortium of oil and gas companies, including BP plc and Royal Dutch Shell plc, announced the creation of a blockchain commodity exchange. Trading on the blockchain platform is expected to begin by the end of 2018. Other participating companies include Statoil ASA, trading firms Gunvor, Koch Supply and Trading, and Mercuria; and investment banks ABN Amro, ING, and Societe Generale.

One of the most obvious and powerful uses for the digital ledger technology is to provide a reliable and efficient platform for executing and recording energy trades, Mark Koeppen, principal, Deloitte Consulting, said. Ownership is tracked as assets change hands multiple times before settlement. Keeping land title records on a distributed ledger can provide much more efficient updates and data management for joint ownership and interest validations for energy trades, Koeppen said.

“The entire non-hydrocarbon supply chain could be transformed with blockchain,” Koeppen said. “The interaction with thousands of suppliers, vendors and counterparties drives up complexity and cost but blockchain could help companies monitor compliance from their suppliers.”

Additionally, the introduction of smart contracts, which are essentially computer code stored on blockchain that can execute actions under specified circumstances, should give oil and gas executives greater interest to improve their supply chain and finance activities, Koeppen said.

“Smart contracts enable counter-parties to automate transaction tasks that are typically performed manually and that require the involvement of third-party intermediaries,” Koeppen said. “Smart contract technology can result in processes that are faster and more accurate and cost efficient. Also, the parties to a smart contract agree to be bound by the rules and determinations of the underlying code, which in theory should lead to fewer contract disputes.”

Blockchain can also help to streamline regulatory filings and reporting by improving transparency.

“Regulators are increasingly requiring companies to provide vast amounts of data that can be analyzed to detect non-compliance and other regulatory issues,” Koeppen said. “With current technologies and methods, gathering and cleaning up the required data is a huge burden.”

Additionally, the platform is seen as a way to improve cybersecurity of critical data, while dramatically reducing data loss and mitigating the cost of breaches, Shrier said.

Stan Thurber  |  May 08, 2018
Never, in my 50-year career have I seem so much 'bally-who' over a concept so overblown by hype. So we decide to create a somewhat new concept of remote, shared databases where people can follow transactions... Big Deal. Maybe if the same energy was exerted on solving a real problem, we could make the word a better place.
RELATED COMPANIES
Company: Deloitte Consulting more info