The Next Entrant in the Shale Revolution? OPEC's Saudi Arabia 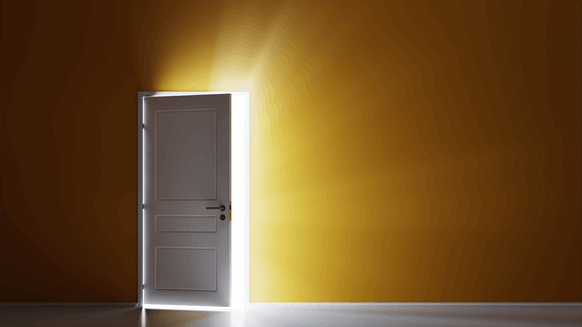 (Bloomberg) -- Saudi Aramco, the world’s largest oil exporter, is set to join the shale revolution with plans to start producing unconventional natural gas this month and exploit a deposit that could rival the Eagle Ford formation in Texas.

Saudi Arabia’s gas resources from shale and other alternative supplies are “huge,” Khalid Al Abdulqader, general manager of unconventional resources at Aramco, said Wednesday in Manama, Bahrain. Production at the kingdom’s North Arabia basin will start by the end of March and reach its target by the end of this year, he said, without giving details.

Aramco is also drilling for unconventional gas in the South Ghawar and Jafurah basins, he said. Jafurah in eastern Saudi Arabia is similar in size to Eagle Ford, the second-biggest U.S. shale play for gas, Al Abdulqader said, without giving an estimate of the gas contained at Jafurah.

“It’s completely believable,” Robin Mills, chief executive officer of Dubai-based consultant Qamar Energy, said of the comparison. “Can they make a commercial proposition of it? That’s the question.”

State-run Aramco, formally known as Saudi Arabian Oil Co., plans to spend $300 billion on projects over the next 10 years to maintain its spare production capacity for oil and boost exploration for and output of conventional and unconventional gas, Chief Executive Officer Amin Nasser said in July. Any increase in supplies of gas drilled from shale and other hard-to-access rocks would free up crude that Saudi Arabia uses in its power plants, enabling the country to export the oil for a bigger profit.

Eagle Ford in Texas had 22.7 trillion cubic feet of natural gas reserves from shale in 2016, according to a U.S. Energy Information Administration report in February. Aramco plans to double its production of gas resources to 23 billion cubic feet a day over the coming decade, Nasser said. Saudi Arabia is also the biggest producer in the Organization of Petroleum Exporting Countries.

Jafurah is located between Ghawar, the world’s largest oil field, and the Persian Gulf, near the hub of the Saudi energy industry. Pipeline networks and other facilities needed for Aramco to produce unconventional gas at Jafurah are nearby, and this existing infrastructure should help expedite the basin’s development, Mills said.

Aramco plans to develop the entire basin, using improved technology to reduce fracking costs, Al Abdulqader said. The company will focus on cutting costs at Jafurah before proceeding with plans to produce gas there, he said.

Saudi Arabia, traditionally pumped gas only as a byproduct of crude. The nation began its hunt for gas in the early 2000s after oil sank below $10 a barrel and unemployment worsened. It invited Exxon Mobil Corp., Chevron Corp. and others in the hope of attracting $100 billion of investment. Many pulled out following years of talks, and dry holes forced Total SA, Eni SpA and Repsol SA to exit ventures with Aramco.

Lukoil PJSC, one of Aramco’s last remaining partners in a gas exploration venture, planned to leave the project in the kingdom’s Empty Quarter desert after finding no commercially viable deposits of the fuel, Gati Al-Jebouri, Lukoil’s head of upstream for the Middle East, said in January 2017 in Dubai.

Rudolf Huber  |  March 08, 2018
Here lies a huge potential source of profits for US shale drillers. They know stuff that nobody else in the industry knows and they can sell that knowledge. Shale becomes a brains play for Americans. There is more on shale than meets the eye.
reynaldo carbajosa  |  March 07, 2018
when shale revolution first came up the saudi says khali wali now theyare ready to join which only means lack of fore sight what is the difference this time
RELATED COMPANIES
Company: Saudi Aramco more info
Company: OPEC more info