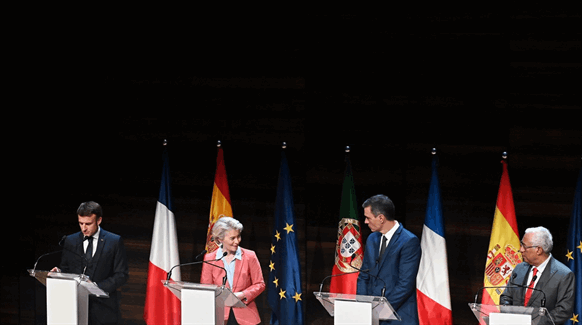 The proposed subsea pipeline between Barcelona and Marseille will now be green hydrogen only and have an investment price tag of around $2.1 Bn.

The proposed subsea pipeline between Barcelona and Marseille will now be green hydrogen only and have an investment price tag of around $2.1 billion.

Although the Barcelona-Marseille subsea pipeline was supposed to initially carry natural gas in the first phase, the Spanish government decided against it.

Namely, the initial plan included the transmission of natural gas as a temporary and transitory energy source, but gas was ditched altogether and will now only transport hydrogen to benefit from European aid. The main reason for it is that the pipeline will not be operational until 2030.

The pipeline, now named H2Med, was proposed in October as a substitute for the so-called MidCat pipeline project pitched by Spain and Portugal but opposed by France.

H2Med is seen as a part of the Green Energy Corridor which will connect Spain, Portugal, and France to the European Union’s energy network. Spanish president Pedro Sánchez agreed to develop the project as a priority with French president Emmanuel Macron and the Prime Minister of Portugal, António Costa.

According to Reuters, the subsea hydrogen pipeline will cost around $2.1 billion. This was revealed as the leaders of the three countries are about to meet with European Commission President Ursula von der Leyen in the Spanish city of Alicante to discuss a construction timeline and financing for the pipeline.

Reuters’ sources claim that the price estimate does not include the cost of linking the pipeline with connections on land, adding it could rise to over $3 billion depending on the underwater route the pipe takes. It is worth noting that leaders of the three countries involved in the project intend to apply for European Union funding for the project as early as next week, Reuters added.

“Hydrogen is a game changer for Europe. This is why, already in June 2020, we started with the Hydrogen Strategy. We want to make hydrogen a central part of our energy system in the transition to climate neutrality, to net zero. And we want to maintain our European trailblazer's position, as we build a global market for hydrogen.”

“[…] We turned this vision into reality by creating a European Clean Hydrogen Alliance. A real hydrogen ecosystem along the entire value chain. At the core of our efforts lies the crucial issue of transmission and distribution.”

“In 2020, we identified the need for the major hydrogen corridors to make the hydrogen flow to where it is needed. Then we saw the start of the Russian energy war, with severe knock-on effects on our energy systems and our energy markets. And this made the clean energy transition not only pressing but vital.”

“ […] We want to produce 10 million tons of renewable hydrogen in the European Union by 2030. And we also plan to import in addition another 10 million tons. This hydrogen will have to reach our industry. This is why we also identified a series of strategic corridors that we need to transport the hydrogen. This includes one crossing Europe, from the West to the East, via the Iberian Peninsula.”

“This is why today, I warmly welcome this agreement between France, Spain, and Portugal. Because your H2Med project goes absolutely in the right direction. It has the potential to help us build a real European hydrogen backbone. I welcome your imminent application to make it a project of common interest. This would make it eligible to apply for EU financial support,” Ursula von der Leyen said at the meeting in Alicante.