Texas Upstream Jobs Up In September 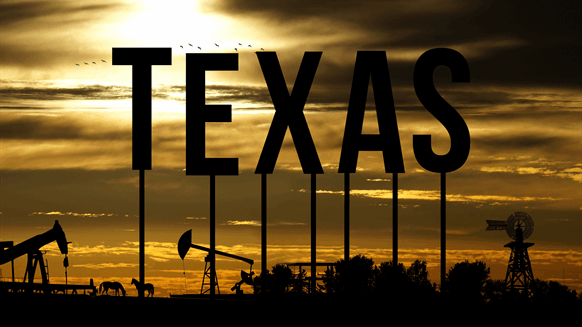 According to an analysis by the Texas Independent Producers and Royalty Owners Association (TIPRO), direct Texas upstream employment for September 2022 totaled 202,900, an increase of 900 jobs from August employment numbers.

Texas upstream employment in September 2022 represented the addition of 34,900 positions compared to September 2021, including an increase of 8,800 in oil and natural gas extraction and 26,100 jobs in the services sector.

TIPRO once again noted strong job posting data for upstream, midstream, and downstream sectors for the month of September. According to the association, there were 11,382 active unique jobs postings for the Texas oil and natural gas industry in September, including 3,600 new job postings added in the month. While posting data remained strong, job growth slowed in September compared to previous months, likely due to a workforce shortage facing the industry.

Among the 14 specific industry sectors TIPRO uses to define the Texas oil and natural gas industry, Support Activities for Oil and Gas Operations continued to dominate the rankings for unique job listings in September with 3,066 postings, followed by Crude Petroleum Extraction (1,558), and Petroleum Refineries (1,108), indicating a continued emphasis on increasing exploration and production activities in the state. The leading three cities by total unique oil and natural gas job postings were Houston (4,181), Midland (1,028), and Odessa (541), said TIPRO.

TIPRO also highlights new data released from the Texas comptroller’s office showing production taxes paid by the oil and natural gas industry to the state of Texas generated over $1 billion in tax revenue in September. According to the comptroller’s data, in September, Texas oil producers paid $552 million in production taxes, up 41 percent from September 2021. Natural gas producers, meanwhile, last month paid $480 million in state taxes, up 91 percent from September 2021.

"We continue to see employment and production growth, and high demand for available workers in the Texas oil and natural gas industry despite the many challenges facing producers today. OPEC’s oil output cuts and geopolitical conflicts also make clear why it is so important for the U.S. to encourage domestic production and to continue exporting our resources into the global market.”

“Continued investment in energy infrastructure, like LNG export terminals, pipelines, and refineries, is also essential to meeting global energy needs. It's past time to stop using short-sighted ploys to stabilize prices and develop a long-term strategy to address our growing energy needs in coordination with Texas oil and gas producers who are ready to meet this challenge."

"Moreover, constantly pointing the finger at energy producers will not lower global prices. Oil and gas companies are price takers, not price makers. Global energy markets determine the costs of petroleum products. Policies that get to the root of the problem and address U.S. supply of oil and gas resources are what America really needs. This includes tackling production variables, such as streamlining permitting processes for additional infrastructure or increasing onshore and offshore development opportunities," Ed Longanecker, president of TIPRO, said.