Texas' upstream oil and gas sector added jobs for the second month in a row in October, TXOGA reported Tuesday.

Texas’ upstream oil and gas sector added jobs for the second month in a row in October, the Texas Oil and Gas Association (TXOGA) reported Tuesday.

“The second consecutive monthly growth in upstream employment is much welcomed news,” remarked TXOGA President Todd Staples. “While the impact of the pandemic is far from over and the supply glut still has to be fully worked through, back to back upstream employment gains confirm the vital role oil and natural gas plays in our economy.”

TXOGA pointed out that upstream jobs include those tied to oil and gas extraction and support activities. Despite returning to an upward direction in September and October, Texas’ upstream employment figure remains significantly down year-over-year – and dramatically lower than the 308,900-job peak from within the past decade. The graph below shows the state’s upstream employment numbers since Jan. 2013. 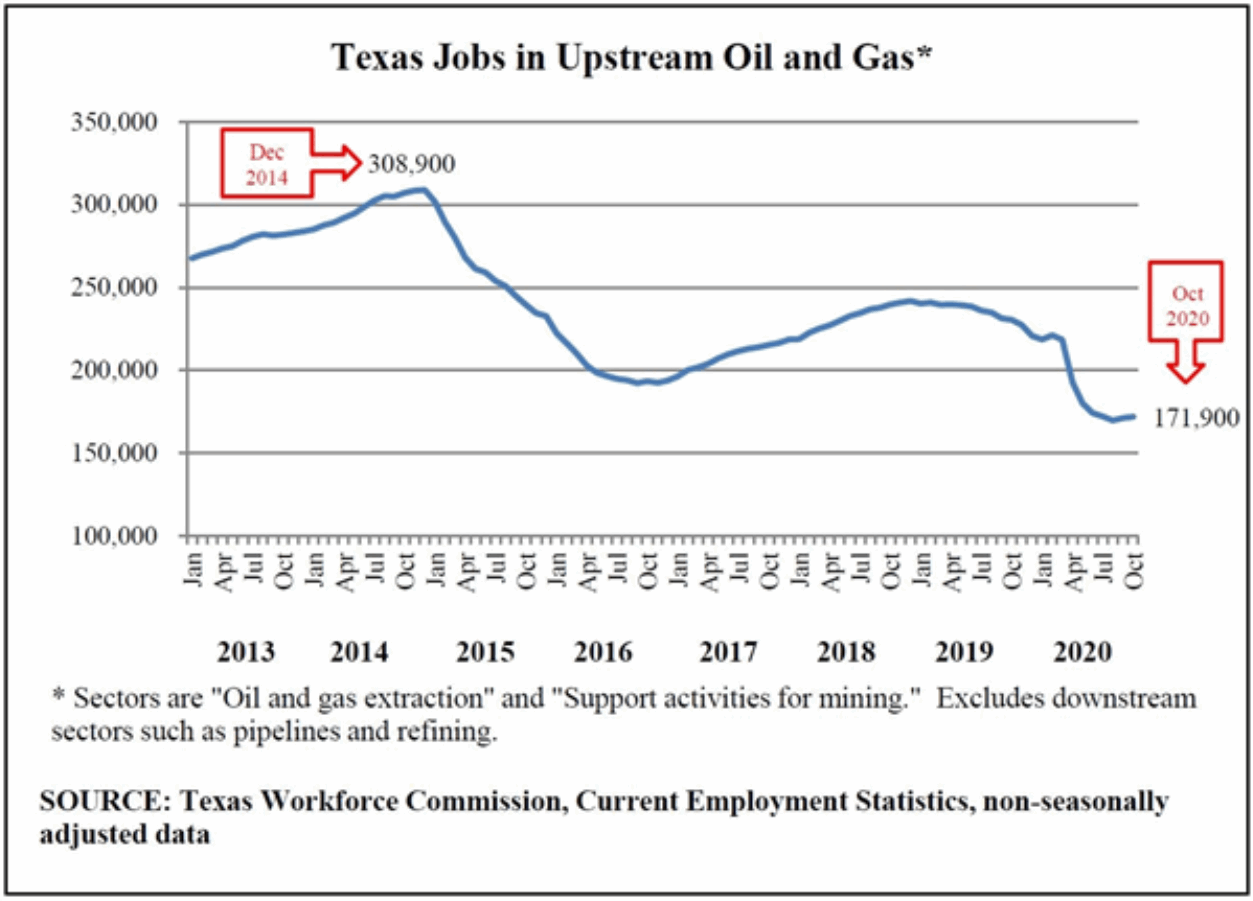 Texas' overall upstream job count has fallen 44% since Dec. 2014, based on TWC data.

“Many companies are still working through the adjustments necessary to address the contracted economy due to COVID-19, yet this second month of positive job growth numbers are a good reminder of the essential role of oil and natural gas in our everyday lives,” concluded Staples.