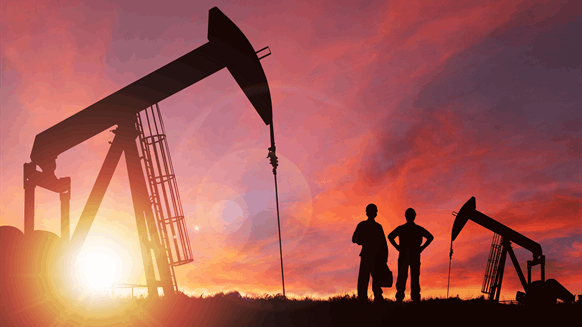 “We’re going to blow that record out of the water,” Karr Ingham, Texas oil economist and creator of the Texas Petro Index (TPI), said during a mid-year briefing in Houston July 26. “Both crude and natural gas production will easily set new annual production records in 2018.”

“Over 35 percent of Texas natural gas production is classified by the Railroad Commission as ‘casinghead gas’ or gas associated with crude oil production,” he said. “Natural gas production growth is not the current goal of Texas oil and gas producers and continued production expansion is pushing prices lower, especially in the Permian where the takeaway capacity for that gas is increasingly insufficient.”

At mid-year 2018 (end of June), the Texas upstream oil and gas industry had added 47,000 jobs after losing more than 115,000 during the downturn. The Texas Workforce Commission reports that Texas added 4,800 upstream jobs in June alone. Additionally, 80 rigs have been added since the beginning of the year and the statewide monthly average rig count in June was 534. Still, the employment numbers and rig count are not at the levels seen during the peak in November 2014.

“It simply takes fewer rigs and fewer people to produce ever higher amounts of crude oil and natural gas,” Ingham said. He refers to the efficiencies achieved by producers, service companies and drilling companies as “stunning” and said those efficiencies were partly born from necessity due to the severity of the downturn.

Andrew Klepatsky  |  July 30, 2018
Texas must be ready for a sharp growth of oil prices. The analysis of the annual rate of newly added world oil reserves shows that the total annual production is almost twice as great as the increase of new reserves. So the coming dearth of oil is inevitable. No alternative energy will help and the question is just when the price will jump.
Ken  |  July 28, 2018
Meanwhile hundreds of thousands offshore direct, service related and support related jobs along the Gulf Coast remain adversely affected.