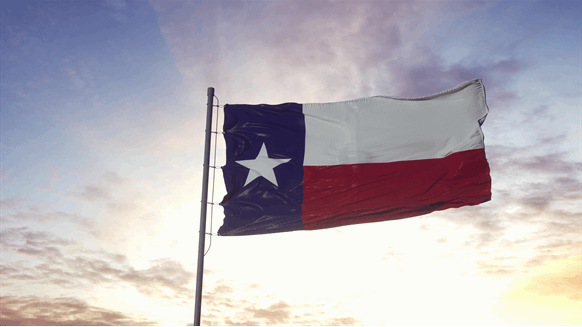 The Texas oil and natural gas industry has paid $24.7 billion in state and local taxes and state royalties – by far the highest total in Texas history.

The Texas oil and natural gas industry has paid $24.7 billion in state and local taxes and state royalties – by far the highest total in Texas history.

According to just-released data from the Texas Oil & Gas Association (TXOGA), the previous record of just over $16 billion set in 2019 was shattered by 54%.

“The Texas oil and natural gas industry plays an extraordinary role in securing our state and national economy and advancing global stability. However, growth is not guaranteed, and policy can promote prosperity, or hinder it. Policies and politics in Texas and across our nation will determine if we can continue to deliver for Texans while meeting our nation and the world’s energy needs,” TXOGA President Todd Staples stated.

The amount of $24.7 billion translates to roughly $67 million every day that pays for Texas’ public schools, universities, roads, first responders, and other essential services. Production taxes and royalties to state funds more than doubled over fiscal year 2021. Production taxes grew by $5.8 billion, a 116% increase and royalties to state funds increased by $2.2 billion, a 102% increase. Oil and natural gas production taxes exceeded $10 billion for the first time in Texas history.

Staples detailed how oil and natural gas tax and royalty revenue is used to support education, transportation, healthcare, and infrastructure both locally in communities across Texas and through royalty and tax revenue that is paid into the Economic Stabilization Fund (Rainy-Day Fund), the Permanent School Fund (PSF), and the Permanent University Fund (PUF) – all of which are funded almost exclusively with taxes and state royalties paid by the oil and natural gas industry.

In 2022, 99% of the state’s oil and natural gas royalties were deposited into the PSF and the PUF, which support Texas public education. Each fund received $2.1 billion – more than double the amounts from last year. The Rainy-Day Fund received $1.5 billion from oil and natural gas production taxes. The value of these two funds now stands at an estimated $56.8 billion and $28.8 billion respectively.

Since 2007, when TXOGA first started compiling this data, the Texas oil and natural gas industry has paid more than $203.4 billion in state and local taxes and state royalties, a figure that does not include the hundreds of billions of dollars in payroll for some of the highest paying jobs in the state, taxes paid on office buildings and personal property, and the enormous economic ripple effect that benefits other sectors of the economy.

In 2022, the industry employed 443,000 Texans who earned an average $115,300 each – roughly 40% higher than the average salary in other private sectors. And for every direct job in the industry, conservative estimates indicate that an additional 2.2 indirect jobs are created. In total, 1.4 million Texans’ jobs ultimately derive from the state’s oil and natural gas industry.

In describing the industry’s continuing environmental progress, Staples said, “No nation is doing more to protect and improve the environment than the United States – with the oil and natural gas industry leading the way through investment in innovation. Through industry-led initiatives like the Texas Methane & Flaring Coalition and The Environmental Partnership, Texas oil and natural gas companies will continue to prioritize collaboration in developing solutions to achieve environmental progress while meeting the energy demands of today and the future.”

“The world understands energy security is a necessity, not a luxury, as many around the globe are struggling to access reliable, affordable, and secure energy. Our allies are literally knocking at our door in energy need and Texas’ oil and natural gas producers, pipelines, refiners, and exporters are playing an essential role in delivering energy stability to our trade partners, even in times of continued global unrest,” he added.

In describing TXOGA’s priorities for the 88th Legislative Session, Staples said: “A bright future is Texas’ to lose. We can continue to outpace other states and even countries with economic opportunity, job growth and capital investment or we can forfeit the game by sitting some of our best players on the sidelines.”

“For example, economic development policy to keep Texas competitive is a must. We also need a policy framework that allows Texas to lead in carbon capture and sequestration, electricity market redesign policy that keeps the grid reliable and rates affordable, policies to fund our key regulatory agencies and protection against policy that would adversely impact this industry’s contributions to a cleaner, strong, better future. We look forward to working with our lawmakers as they embrace opportunities to advance our state’s energy leadership, strengthen communities and grow local economies.”