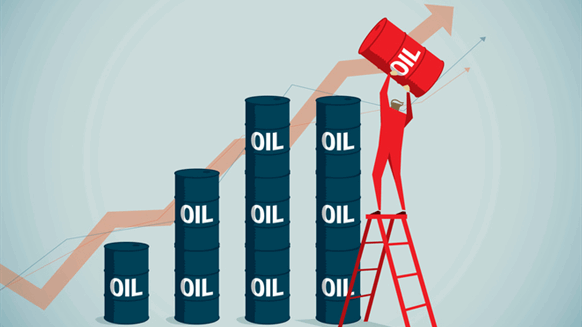 Oil production in 2018 is set to break records, according to oil economist Karr Ingham.

There were talks of record-breaking oil production in 2018 during the Texas Petro Index (TPI) 2017 end-of-year briefing.

During the briefing held in Houston Jan. 23, Karr Ingham, oil economist for the Texas Alliance of Energy Producers and creator of the TPI, said while 2017 was a story of recovery and growth for upstream oil and gas in Texas, 2018 is set to break previous oil production records.

It will also push Texas and U.S. crude production upward.

“Production bottomed out in September 2016 and has been on the rise since. We are on the cusp of blowing by the production levels in the 1970s in the next few months,” said Ingham.

The previous production record was in 1972 when Texas’ oil production was 1.263 billion barrels of oil.

Regarding industry employment, the TPI Dec. 2017 statistics show that an estimated 31,400 of the more than 100,000 jobs lost during the downturn had been restored in the current recovery.

“We’ve recovered several tens of thousands of jobs, but employment growth as a beginning of this industry recovery has leveled off,” said Ingham. “As the industry matures in its processes, it will certainly almost take fewer employees than it has taken in the past.”

Ali Kadaster  |  January 26, 2018
If the TPI prediction comes true, it will mean another collapse in the Crude prices and lead to more unemployment, not more employment. I hope the oil industry leaders have learned that producing 10% less at higher prices ($60-65) mean greater profits compared to producing more at much lower prices ($40-50).