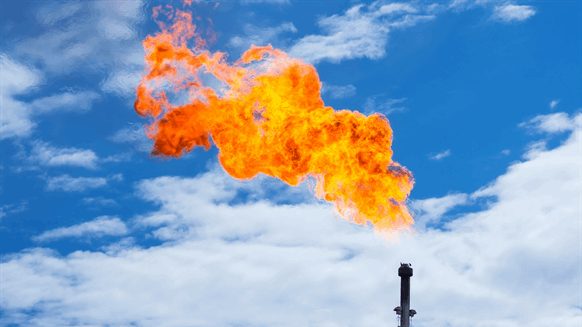 A group of organizations linked to the Texas oil and gas industry aims to end routine natural gas flaring in the state by 2030.

A group of organizations linked to the Texas oil and gas industry on Wednesday reported that they aim to end routine natural gas flaring in the state by 2030.

The announcement from the Texas Methane and Flaring Coalition follows a decision Tuesday by the state’s energy regulator to defer flaring requests from various operating companies. A Bloomberg article posted to Rigzone deems the stance taken by the Railroad Commission of Texas (RRC) “uncharacteristically critical” of the industry practice.

Calling flaring “‘a necessary last resort during an upset,’” one commissioner quoted in the Bloomberg article pointed out the RRC should be more vigilant about not approving flaring requests outside such situations. Another commissioner expressed similar sentiments.

In a written statement emailed to Rigzone, the Coalition noted that it “considers routine flaring to be flaring of natural gas from new and existing wells/facilities during normal production operations when gas gathering, processing, or infrastructure are insufficient or unavailable.” Additionally, the group stated that it “supports industry’s continued progress to end routine flaring and shares a goal of ending this practice by 2030.” To be sure, it noted that certain situations warrant flaring for safety and environmental protection reasons.

“To further reduce our emissions while generating abundant, affordable, and reliable energy, we need an all-hands-on-deck approach to solving problems – not costly top-down mandates that attempt to pick winners and losers,” remarked Jason Modglin, president of the Texas Alliance. “Commitments like the one today, along with the strong leadership of the Texas Railroad Commission, will ensure Texans continue to reap the benefit of the safe production of our natural resources to fund our schools, roads, and water infrastructure.”

PPROA Chairman Dana Newsome and Immediate Past Chairman Todd Lovett agreed that a “concerted effort by all, along with technology advances,” will make the 2030 goal possible. PBPA President Ben Shepperd underscored Permian Basin operators’ commitment to investing in approaches to reduce flaring. TIPRO President Ed Longanecker pointed out that the state’s oil and gas industry has already “achieved measurable results” by way of taking voluntary actions, adopting industry best practices, and investing in technologies to mitigate greenhouse gas emissions across the value chain.

“Thanks to pioneering technologies, innovations, and advancements unmatched by any other private sector, the oil and natural gas industry continues to serve as a catalyst for environmental progress here in Texas and around the globe,” commented TXOGA President Todd Staples.

TPA President Thure Cannon added that his organization’s members will contribute to the effort by virtue of their operations.

“Texas Pipeline Association member companies look forward to playing a significant role in achieving this goal, as it is recognized that the availability and construction of essential infrastructure is proven to reduce emissions while transporting the hydrocarbon products that Texans rely on every day,” he said.