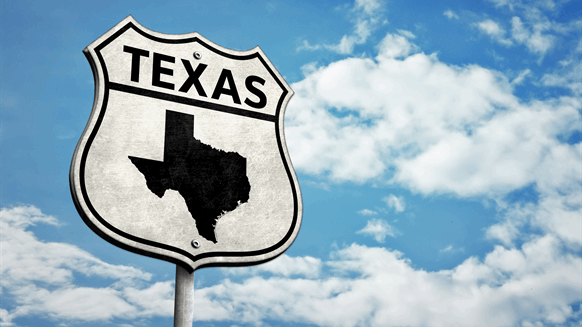 Texas Governor Greg Abbott has called on the legislature to investigate the Electric Reliability Council of Texas (ERCOT).

Texas Governor Greg Abbott has called on the legislature to investigate the Electric Reliability Council of Texas (ERCOT) and “ensure Texans never again experience power outages on the scale they have seen over the past several days”.

Abbott, who declared the reform of ERCOT an emergency item in a legislative session on Tuesday, said ERCOT has been “anything but reliable over the past 48 hours”.

“Far too many Texans are without power and heat for their homes as our state faces freezing temperatures and severe winter weather. This is unacceptable,” he added.

“Reviewing the preparations and decisions by ERCOT is an emergency item so we can get a full picture of what caused this problem and find long-term solutions. I thank my partners in the House and Senate for acting quickly on this challenge, and I will work with them to enhance Texas’ electric grid and ensure that our state never experiences power outages like this again,” Abbott went on to say.

In its latest updates on Twitter, ERCOT said it was restoring load as fast as it could in a stable manner and that generation availability was improving but noted that generating units across fuel types continued to struggle with frigid temperatures.

ERCOT is restoring load as fast as we can in a stable manner. Generating units across fuel types continue to struggle with frigid temperatures.

In a statement sent to Rigzone, Ed Longanecker, the president of the Texas Independent Producers and Royalty Owners Association (TIPRO), said Texas operators want to deliver low cost, reliable energy “but feel like ERCOT policies have failed them”.

“With a massive arctic storm sweeping across Texas, we are again reminded of the critical importance of having affordable, reliable energy sources that keep Texans safe and warm, provided in large part by oil and natural gas,” Longanecker stated.

“Throughout this significant winter event, TIPRO has remained in close contact with our membership base, including producers and midstream companies operating in the Permian Basin in West Texas. We've heard accounts from the field that poor road conditions have prevented some haulers from getting out to locations, combined with reports of several gas processing plants going down which has also interrupted operations,” he added.

“Some oil and gas employees have continued to struggle with issues involving power and experienced unreliable service from the electrical grid, which has caused trouble accessing electronic meter reports, online data and other necessary reporting. Over the past several days, TIPRO has also been in close contact with leaders of the Texas Railroad Commission (RRC), sharing feedback with officials on behalf of producers in West and South Texas,” Longanecker continued.

The RRC stated in it latest website update that it was actively engaged in daily calls with other state agencies, oil and gas producers, pipeline systems, and utilities throughout the state’s energy and electricity supply chain.

“Some producers, especially in the Permian Basin and Panhandle, are reportedly experiencing unprecedented freezing conditions and intermittent power loss which caused concerns for employee safety and affected production,” the RRC said.

In a statement sent to Rigzone on Tuesday, Rystad Energy’s vice president for oil markets, Paola Rodriguez Masiu, highlighted that the arctic conditions had left millions without power in Texas and that over three million barrels per day (bpd) of refining capacity had been hit.

“About 2.5 million bpd of capacity was shut between Houston and Louisiana, including the 600,000 bpd Motiva Enterprises facility,” Masiu said.

“All facilities located around the Corpus Christi were affected by the temperatures, adding an extra 750,000 bpd of affected capacity,” Masiu added.

“Texas’s refinery outages come after nearly 22 percent of Japan’s refinery capacity was taken offline by an earthquake over the weekend. These outages add headwinds to an already depressed outlook for global refinery crude runs during the first quarter of this year,” the Rystad Energy representative continued.