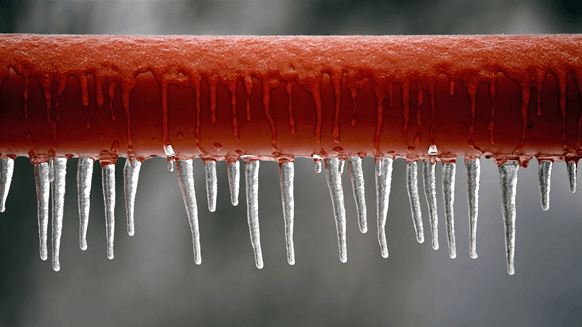 'Concrete action must be taken'.

“Leading up to, and during the winter event, State of Texas agencies worked around the clock to mobilize resources and assist utilities in anyway possible,” Abbott’s letter to Craddick stated.

“At no time did Atmos Energy request assistance … Atmos’ conduct is unacceptable and concrete action must be taken by the RRC to ensure it is not repeated the next time that winter weather engulfs our state,” the letter to Craddick added.

“Because we are just beginning the winter season, and because customers of Atmos deserve to have reliable natural gas service during this winter, there is an urgency to have the RRC investigation concluded in a matter of weeks,” Abbott went on to note in the letter.

In the letter sent to Paxton, Abbott stated that “substantial evidence supports the conclusion that Atmos Energy either was unprepared for the winter weather system, failed to perform for its customers as promised, or both”.

“Texans deserve natural gas providers that fulfill their commitment. I encourage the Office of the Attorney General to investigate Atmos Energy’s failure to prepare for the winter weather event and deliver critical natural gas service to Texans when they needed it the most,” Abbott’s letter to Paxton added.

When Rigzone contacted Atmos Energy asking for comment on Abbott’s letters, a company spokesperson said, “we take seriously our responsibility to provide safe and reliable natural gas services as well as to be a trusted partner in the communities we serve”.

“That responsibility includes undertaking operational planning and preparation to provide such safe and reliable service all throughout the year. Despite those preparations, last week, we fell short for some of our customers who experienced interruptions in their natural gas service,” the spokesperson added.

“That is not acceptable. And though we worked to restore service as quickly and safely as possible, we apologize for that service disruption. We are committed to working with our regulators and key stakeholders to address those issues in order to provide reliable natural gas service to all our customers,” the spokesperson continued.

In a statement posted on its website on December 19, Atmos Energy noted that “bitterly cold temperatures are settling in for the next several days” and said the company was closely monitoring the weather “and staging its employees across the system”.

Atmos Energy describes itself as the country’s largest natural gas-only distributor. The company delivers reliable, affordable, efficient, and abundant natural gas to more than three million distribution customers in over 1,400 communities across eight states located primarily in the South, its website states.