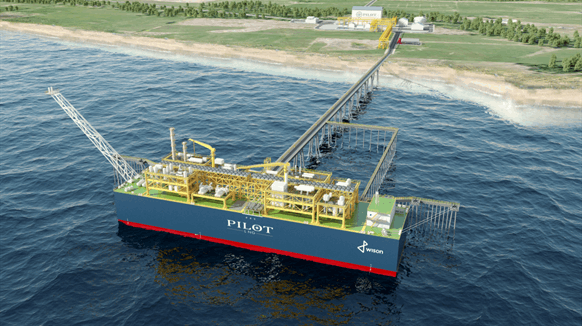 The firms’ newly executed heads of agreement (HOA) outlines the terms of a partnership setting the foundation for Pilot to provide GAC with LNG marine fuel on a delivered ex-ship (DES) basis for its customers in the Galveston Bay Port complex, Pilot and GAC noted in a written statement emailed to Rigzone.

The parties to the HOA added the complex includes the ports of Houston, Galveston, Texas city and the Galveston Offshore Lightering Area. Without specifying the duration, they noted that Pilot would supply LNG on a long-term basis.

“The Galveston LNG Bunker Port will provide the LNG to supply GAC’s growing market for cleaner marine fuel, particularly as its customers seek economic ways to comply with tightening emissions regulations, including IMO 2020,” Pilot CEO Jonathan Cook remarked. “The opportunity to work with such a strong global player like GAC is a very exciting step forward for Pilot and the Galveston project.”

“We have a proven track record of more than three decades supplying quality marine fuels to the shipping sector, and we continually adapt to meet our customers’ evolving needs,” commented Nicholas Browne, global director with GAC Bunker Fuels. “This agreement with Pilot will allow us to grow our portfolio of alternative fuels, with LNG as the cleanest and most cost-effective way for shippers to meet compliance.”

In July of this year, Pilot revealed that it had filed regulatory applications with the U.S. Army Corps of Engineers and other agencies. As Rigzone stated at the time, the facility would offer a nameplate gas liquefaction capacity of 0.5 million tons per annum (66 million standard cubic feet per day) and 18,000 cubic feet of storage capacity.

Pilot LNG has noted that it anticipates a 2021 final investment decision for the project, which would be designed and built by Wison Offshore & Marine. The FLNG port could begin operations in 2024.