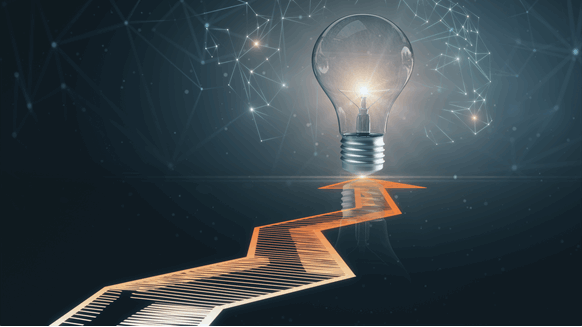 Texas drillers may have found a solution to the stubborn natural gas glut that's forced them to either burn it off into the air, or pay others to take it away.

(Bloomberg) -- Texas drillers may have found a solution to the stubborn natural gas glut that’s forced them to either burn it off into the air, or pay others to take it away.

At least five producers, led by EOG Resources Inc., are experimenting with shooting highly-pressurized natural gas into past-their-prime wells that have seen their output slip. The wells are then capped to build up pressure inside with the aim of dislodging any oil still hiding in the rock.

The methodology’s been used in conventional wells elsewhere with both natural gas and carbon dioxide for years, but it’s just now emerging in America’s fracked shale fields. The win-win goal: The trapped gas is put to work, and there’s a 30%-to-70% gain in oil output from older wells, according to EOG. As the shale boom ages, the potential could be extensive.

“If widely adopted, if it doesn’t lead to challenges and the formations behave as we expect, then we expect it could utilize 25% of the associated gas produced,” said Ramanan Krishnamoorti, the chief energy officer at the University of Houston.

Natural gas almost always comes up with oil during drilling, but it’s increasingly become a largely unwelcome byproduct in Texas. With pipeline capacity for gas limited, prices there have cratered, dropping as low as minus $9 per million British thermal units in early April.

The result: In late 2018, Permian flaring -- the burning off of associated gas -- more than doubled from a year earlier to 500 million cubic feet a day, and that’s likely to rise, said Stephanie Kainz, senior associate at RS Energy Group Inc. in Calgary. It’s a problem from both an economic point of view, and environmentally.

Generally, the use of injected gas is known as enhanced oil recovery, or EOR. Initially, EOG was the main company using natural gas to boost shale oil output, Krishnamoorti said by telephone. "But the fact is that now we have seen four other producers do it," he said. “And with remarkable results.”

EOG has been experimenting with EOR for at least three years in the Eagle Ford basin. Gas injection can potentially extend crude production volumes in older wells by 18 to 24 months, Krishnamoorti said. What’s still to be determined is how well EOR works in different types of rock formations.

Not all rock is the same, and while it does appear to be an attractive option in many parts of the Permian, it’s “not particularly good” in at least one section, the Wolfcamp zone, according to Krishnamoorti,

There are other questions as well, said Subash Chandra, an analyst at Guggenheim Securities LLC. The Permian is still in its early phases of drilling and ideally producers want multiple stacked wells because that will likely yield more oil than attempting EOR in a single well, Chandra said.

And other gases can be used if, for instance, the price of natural gas rises as new pipelines open up in the region. Occidental Petroleum Corp. Chief Executive Officer Vicki Hollub has been vocal about using carbon dioxide as a way to boost production and address climate change, bringing it up during Climate Week NY.

But that still leaves one big problem unsolved in Texas. It can be used to get more oil from older wells, and it’s more environmentally friendly. But it doesn’t address the natural gas glut.

For the most part, producers have disclosed little specific information about how well the new method performs, even in the Eagle Ford, where it is increasingly being adopted. As a result, ”it’s impossible” for an outsider to figure out how successful it might be moving forward, according to Chandra.

”You are talking about something that’s probably two to three years out in terms of real application,” Chandra said.

James Mortashed  |  June 12, 2019
The gas has to come back out at some point. I've often wondered at times while working in the field; since putting a pipeline infrastructure seems to be so complicated and expensive if maybe run the flare gas through some sort of low pressure bullet system to scrub out any distillates and send the scrubbed gas into an appropriately sized generator, linking bit to a local energy grid.
Ken Hemmerich  |  June 10, 2019
There needs to be a thorough review on Natural gas vehicles rather than focusing on electric vehicles. We already have a gas delivery system all over the North American countries. Just needs to be compressed. My next ride will be NGV.
Loren Wilson  |  June 07, 2019
Interesting application of a not-so-new technology, just like hydraulic fracturing was. I hate to see us waste that much gas due to the lack of pipelines.
RELATED COMPANIES
Company: EOG Resources, Inc. more info